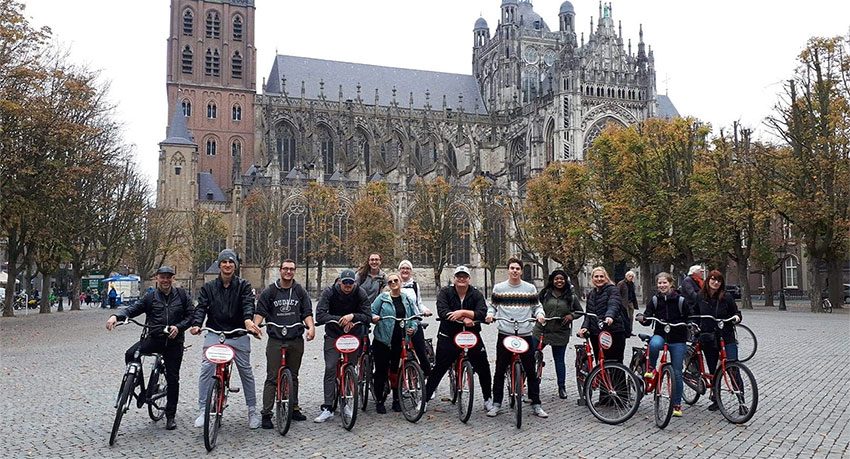 4+1 Program Allows Opportunities in the Netherlands

Getting lost in a foreign country may not be an ideal situation for everyone, but for Camden Dacey ‘18, it was all part of the experience of a lifetime.

Last spring, Dacey graduated from Worcester State University with a Bachelor of Science in Criminal Justice. Since then, he’s not only gained employment as a police officer, but is concurrently working towards two master’s degrees: a master’s in management from Maastricht University in the Netherlands, and a master’s in counterterrorism at Nichols College.

“I was recruited by Dr. Steve Morreale through the criminal justice program,” Dacey explains. “In addition I was kind of coerced through my advisor at Nichols College. It was very enticing. The financial ability to gain a dual master’s degree at that price of $20,000 and the international experience. It’s pretty hard to turn down.”

Worcester State students have the same opportunity Dacey enjoyed to study in Europe as well as saving money and time because of an agreement signed last August by WSU President Barry M. Maloney and Nichols President Susan West Engelkemeyer. Through the agreement, students may enroll in a 4+1 program, starting out with a bachelor’s degree in criminal justice at WSU and finishing with a master’s degree in counterterrorism at Nichols.

The 4+1 program also allows the opportunity of studying at the Maastricht School of Management in the Netherlands, meaning students can receive a master’s in counterterrorism from Nichols and a master’s in management from Maastricht at the same time at no additional cost.

There are many benefits the international experience of Maastricht brings students, Dacey says, because students experience not just cultural diversity but differences economically and systematically. “How everything works is completely different,” he said, mentioning social norms, social issues, transportation, and the business world.

Dacey and his classmates had to adjust their methods of working as teams due to differing strategies of their cultures.

“Group work was much harder, not due to the actual assignment, but reaching a conclusion because you had to work with people from all over Europe,” he said. “Everyone approaches it differently and you have to find a middle mutual ground that’s beneficial.”

The benefits of the Maastricht program are not only found in the academic courses and the international location; much can be gained from the people in the program. Dacey explained that cultural understanding isn’t just immersing yourself in a place, but getting to know the people.

“Within that class, there were roughly between 26 to 28 nationalities,” he said. “I learned more about the Middle East, whether that be arms affairs or political differences from people from Iraq, Pakistan, and Israel within six weeks, versus me taking 10 classes on it. You learn more because you get to interact and socialize with people.”

Dacey said that meeting people from all over the globe helps one become more aware of biases they may have, as well as become more well-rounded, objective, and empathetic to different people and different cultures.

“You go there, you understand, you meet these people. All of a sudden you say ‘wow,’ they’re a lot more like me and not only that but I can also empathize and understand their position,” he said. “I met people from Belgium, Thailand, Indonesia, India…I now have friends in China, Abu Dhabi, all over Europe, that I am going to be able to connect with and travel with and continue to learn from.”

Dacey believes the program is fulfilling in many aspects: scholastically, culturally, socially, and financially. He also knows it is beneficial to his future goals. “Having international experience is something no one will be able to compare to you,” he said.

Dacey is also grateful for the education he received at WSU in readying him for these endeavors.

“Worcester State has definitely prepared me very well for not only the masters programs, but also to go to Europe and fully apply myself to where I can receive the most back,” he said. “Not only scholastically, but culturally, because Worcester State as a whole is very diverse campus and a very diverse demographic of students versus other universities.”

“I grew up in a town of two thousand people,” he said. “Going to Worcester State in the beginning was something real big for me. While I was here I took advantage of the study abroad program. I went to Hawaii for a semester to study, I came back and from there, it sparked a new level and a new vision in me to explore more. From there it intrigued me to seek travel, seek adventure, seek education, be a lifelong learner.”

Though Dacey will be graduating from both master’s programs this year, he has plans to return to the Netherlands for work and also for a backpacking trip. He highly recommends the Maastricht program to interested students.

“The journey itself is so important and so beneficial,” he said. “Obviously educationally through the scholastics, but also through the own individual experience because everyone is going to gain something differently.”

Students interested in learning more about this program can contact Dr. Stephen Morreale in the Criminal Justice Department. 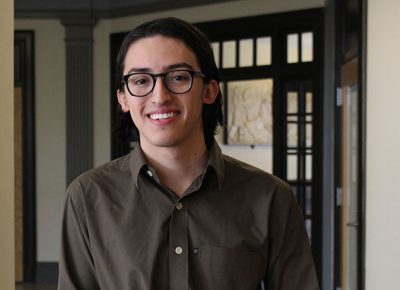