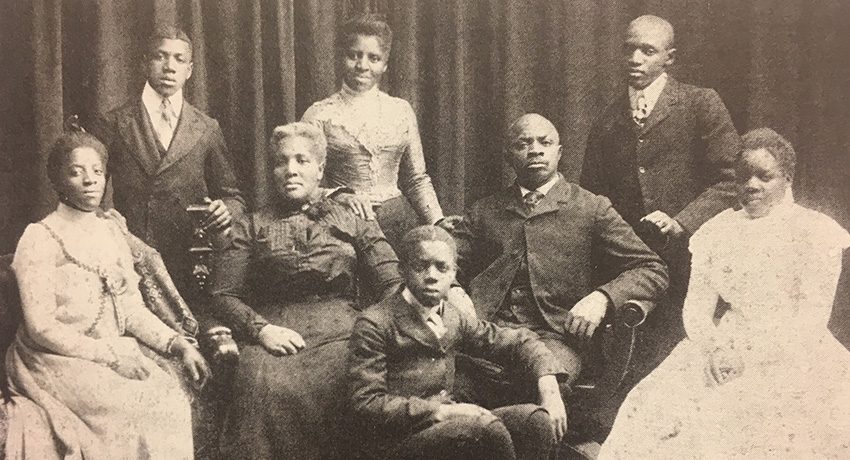 To honor his first-grade teacher, Saul Feingold established a scholarship in her name for Worcester State students studying to become teachers.

When 86-year-old Saul Feingold looks back on his wonderful life, he pinpoints a defining moment that set him on the path to success: a fateful decision by his first-grade teacher, Sarah Ella Wilson, who was an 1894 graduate the Worcester Normal School. One of the first African American school teachers in Worcester, Wilson taught first grade at the Belmont Street Community School for almost 50 years before she retired in 1944.

Feingold has a December birthday, and following the custom of the time, when it came time for kindergarten, he started in February with the “half-year” group. At the end of the school year, Miss Wilson (as everyone called her) recognized his ability and jumped him up to first grade, six months sooner than his classmates.

“I truly believe that decision changed my life,” says Feingold. “It allowed me to graduate earlier, and because of that my life has been very full.”

While Feingold himself is not an alumnus, he notes that three of his aunts were graduates of the Worcester Normal School: Esther J. (Feingold) Edinburg, Class of 1910, Rebecca (Feingold) Talamo, Class of 1915, and Ruhammah (Feingold) Cates, Class of 1915. His daughter, Deborah Feingold, also took classes at Worcester State.

He lived in the Worcester State neighborhood from fifth grade on, attending Tatnuck Elementary and then Sever Academy before graduating from Classical High School in 1950. He and his family attended Temple Emanuel, where he was married and his three children celebrated their bar and bat mitzvahs.

Feingold is CEO of the Feingold Companies, an insurance and financial service company founded by his father, who began his career selling dime-a-week life insurance policies. Feingold focused on pension planning and became a specialist in setting up 401Ks for small businesses. He grew the firm over the years before passing off day-to-day management to his son-in-law. Now 86, the spry Feingold splits his time between homes in Worcester and Florida while also traveling around the world for fun.

Miss Wilson was a well-known presence in the Worcester Public Schools and a leader in the city’s African American community. According to a biography written by Worcester poet and playwright Corrine Bostic, “What seems most important to the black community is that in all her life, Miss Wilson made herself useful to it and the wider community. Her commitment to education extended far beyond her first graders.”

Wilson was a member of the Worcester Women’s Progressive Club, and vice-president of the Home for Aged Colored People. She was active in the local women’s club, and the Worcester Inter-Racial Council, and the local chapter of the NAACP. For 25 years, she was treasurer of the Northeastern Federation of Colored Women’s Clubs, a body of the National Association of Colored Women (NACW), and chaired the NACW scholarship committee.

“For many years Sarah Ella Wilson dedicated her life to God and humanity. It is this example that the community commends in the many honors it bestows her,” wrote Bostic.

Miss Wilson began teaching first graders in 1895 at the Belmont Street School, the school that she herself had attended. According to Bostic, “In all her years of teaching, she was absent from her post one day, and she taught in the same room for 49 years.”

She impacted hundreds of students over the years, none more so than Feingold, who still remembers her fondly 81 years later. With his memorial scholarship, Feingold hopes to keep her story alive for future generations.

“Miss Wilson was a significant person in my life, and I feel it’s very important to honor her legacy at Worcester State,” says Feingold. “She set me on the path to success.”

The Sarah Ella Wilson Memorial Scholarship will support an African American student majoring in either Elementary Education or minoring in Secondary Education who plans to teach after graduation.

In the photo: The Wilson Family; Sarah is standing, second from left. From Corrine Bostic’s biography of Wilson, Go Onward and Upward! (Commonwealth Press). 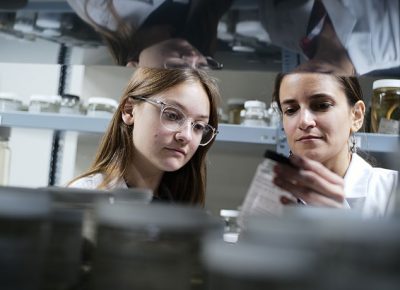 Biology major Tiffany Perron ‘20 spent some of her summer working in a basement full of daddy longlegs. Perron received an Aisiku Undergraduate Summer Research Fellowship, which allowed her to . . .