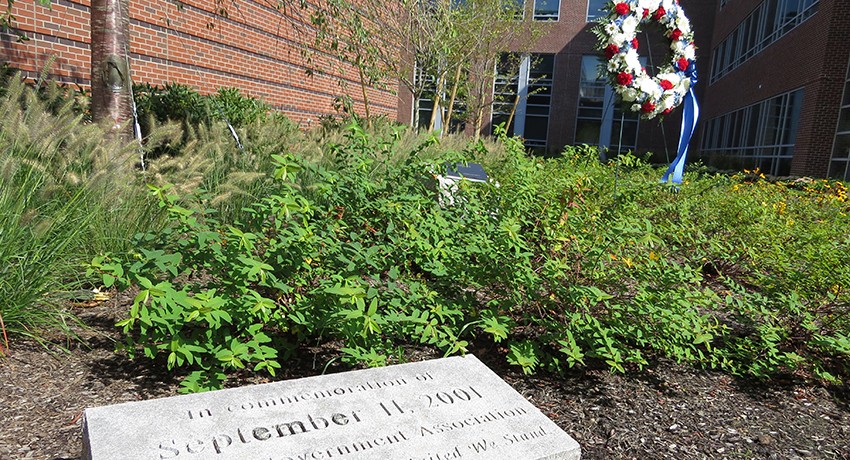 Worcester State University’s Military Affairs and Veterans Services Office is commemorating September 11th by placing a remembrance book and wreath in the newly relocated Robin Kaplan Memorial Park, which was created to honor her life and all who perished in the September 11, 2001, terrorist attacks. Members of the Worcester State community are invited to sign the book through the end of the day on Monday, September 12.

Kaplan, a 1990 graduate of Worcester State, died when the plane she was flying on, American Airlines Flight 11, was hijacked by terrorists and used to crash into the World Trade Center.

During construction of the new Wellness Center, the park was moved from behind the Helen G. Shaughnessy Administration Building. It was relocated to the Binienda Green in front the Wellness Center, next to the competition gymnasium. A plaque designating the park will be installed at a later date.

The remembrance book was created by the Class of 2011, which organized a series of events commemorating the 10th anniversary of 9/11. In addition to support from the University Advancement Division, the Class of 2002 contributed two stone benches to the park and the Student Government Association made a donation toward the plaque.

The TJX Foundation’s mission is to enhance education and job readiness, as well as to support families and children in need, in areas where the company has a presence. The Robin Kaplan/TJX Scholarships assist WSU students who are economically disadvantaged and are of diverse cultural and ethnic backgrounds who demonstrate both need and academic merit. To date, 180 students have received the scholarship. 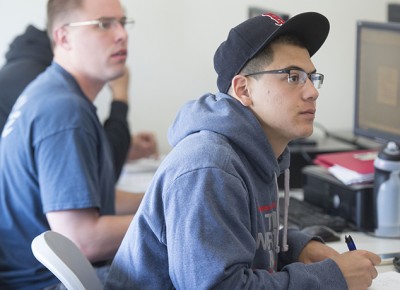 Recognizing the critical need ITT Technical Institute students have at this time, Worcester State University stands ready to offer immediate assistance to those affected by the sudden closure of ITT . . .