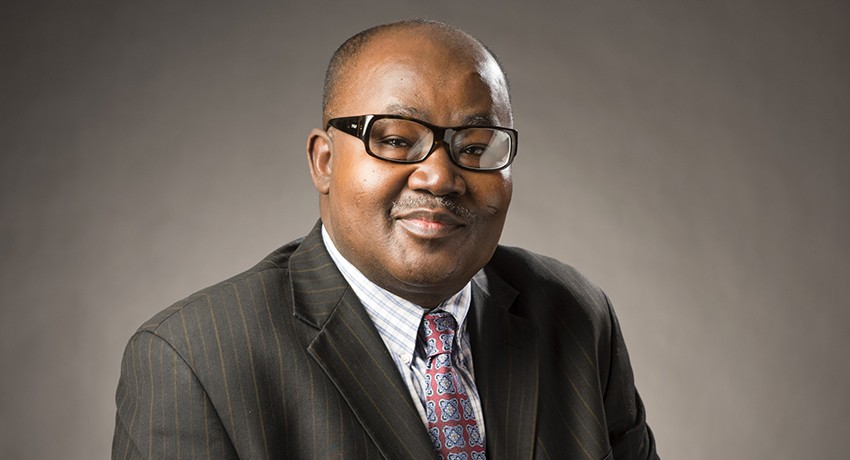 Tony Adade (Information Technology Services) had a very busy year in politics in 2016, both at home and abroad. In addition to campaigning for U.S. presidential candidate Hillary Clinton, he lent his support to the Ghanian presidential candidate Nana Akufo-Addo, who visited the city of Worcester to attend a fundraiser and meet with the local Ghanian immigrant population, which in 2010 accounted for 8 percent of Worcester’s non-white population and is still growing. Here, he answers our questions about his involvement in the elections and his commitment to civic engagement.

Before the election, you held a meet-and-greet at your home with Mr. Akufo-Addo, who won the 2016 election. How did you get involved?

I’ve always been involved in civics and politics, both in Ghana and here in the states. As soon as I became a citizen of this country, I got involved; I was active in both of the Clintons’ and Obama’s presidential campaigns.

And those who attended were supportive of Akufo-Addo?

Oh yes, very much so. Mr. Akufo-Addo has already run for president three times and has been gaining support each time. He is very committed to making Ghana a better place and improving its economy. Worcester has a large Ghanian population that has very strong ties to their country [of origin], so they are always interested with what is happening in the Ghanian political scene. Many of them still have family members there, so they actually feel the effects too.

In the years leading up to last year’s election, one of Ghana’s most pressing issues was the nationwide electricity blackouts that gripped the nation. Was this a big factor for the voters in making their decisions?

The blackouts were very bad, yes, but it wasn’t the only issue that the citizens of Ghana were dealing with. We had a number of students graduating from universities, which are expanding in Ghana, but there were no jobs for them and the unemployment rate was high, and there was also a national debt crisis. So, it was really a combination of things.

With Mr. Akufo-Addo’s election, are you optimistic for Ghana’s future?

Absolutely. I think Addo will do great job as president. He has a vested interest in his country and in creating a good relationship with the United States. Many members of our community are active in maintaining this relationship as well.

It is important that members of the African diaspora contribute to the progress of the African continent by exchanging ideas and investing in things like education, the economy, and infrastructure. For example, I have a friend in Texas—also from Ghana—who called me two or three years ago to tell me about the work he is doing with his employer, Cosmos Energy, in Ghana. That’s what I’d like to see more of, and I think it’s happening.

You said there was very high voter turnout in Ghana during last year’s election, and that Ghanian immigrants in Worcester were very engaged in following the campaigns and results. In the 2016 U.S. presidential election, voter turnout numbers were at record lows. Why do you think there was such a difference?

You have to remember that Ghana’s status as an independent nation is relatively young. We were a former British colony and only gained independence from Great Britain in 1957, so we take our civil rights very seriously and understand their importance. I think it’s easy to forget those privileges when you’ve grown up in an established democracy like the United States. People forget the powers that are part of their inherent rights as citizens of their nation.

VPA and English Faculty Members to Hold Readings of Their Novels

Lisa Kramer (Visual and Performing Arts) and Sharon Yang (English) will be giving a reading of their respective novels and a writing workshop at Tatnuck Bookseller in Westborough, Mass., on Saturday, . . .