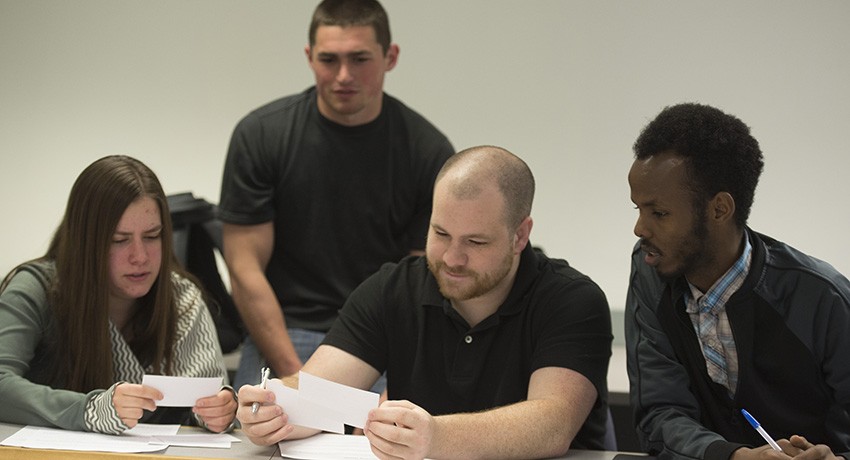 In all the years Tiara Yahnian and Azraa Amroze studied at Worcester State University, Professor of Philosophy Henry Theriault and Assistant Professor of Chemistry Jeremy Andreatta stood out for making the most impact on their education.

When presented with the chance last fall, Yahnain and Amroze nominated them for a George I. Alden Excellence in Teaching Award. Two are awarded annually to recognize a professor in each of our schools—the School of Education, Health, and Natural Sciences and the School of Humanities and Social Sciences—at the undergraduate commencement.

Yahnain thinks that Theriault meets all the qualities of excellent teaching required for an Alden Award nomination—and more.

“Professor Theriault helped me find my voice not only in academia, but in the world beyond this campus,” she says. “He saw my potential early on. Honestly, he saw it before I realized my capabilities.”

It was a watershed moment for Yahnain, who withdrew from WSU after the second semester of her freshman year and returned a year later. “I thought I figured everything out,” she says. “I thought I knew myself, only to realize that journey of self-realization or discovery had yet to happen.”

Theriault not only helped her “tap into my creativity” upon her return, but he also “pushed and continued to push me” to strive “for accuracy and precision,” Yahnain says. He did this with her regular class assignments and by giving her extra readings. Her grades tremendously improved as a result. “It has been grueling, but I have accomplished so much,” she says.

As a result, Yahnain has earned degrees in urban studies and liberal studies with specialty areas in philosophy and conflict studies as well as concentrations in women’s and global studies—accomplishments she celebrated when she walked across the stage at commencement on May 14.

Andreatta “loves chemistry, and you can see that when you take his classes,” Amroze says. “And he loves Dr. Who.”

While time travel may not be part of his formal syllabus, “he’s funny in class and makes analogies that help you remember” the subject matter, she adds. He also “uses mnemonic devices to help students remember important concepts.”

Andreatta made an impression on Amroze during her first class with him—General Chemistry II.

“He’s very engaging in class,” she explains. “He makes you want to come to class.”

This carries over to his office hours. Like his colleagues around campus, Andreatta is available during his office hours to answer additional questions his students may have. “He always has chocolate in his office, so it’s an added incentive to go see him if you have questions,” Amroze says.

Amroze, who graduated on May 14 with a major in biology and minor in biology, became confident enough in her chemistry knowledge that she joined the Chemistry Club; Andreatta serves as one of its faculty advisors. Tutoring local public school students in chemistry is one of the membership requirements. Amroze says her classes with Andreatta prepared her well for the role.

The Alden award is a public way for Worcester State to acknowledge the role of good teachers in students’ lives by honoring those who have most inspired them and contributed the most to their success through teaching excellence. WSU students, faculty, and alumni are eligible to nominate a full-time, tenured or tenure-track professor for the award. 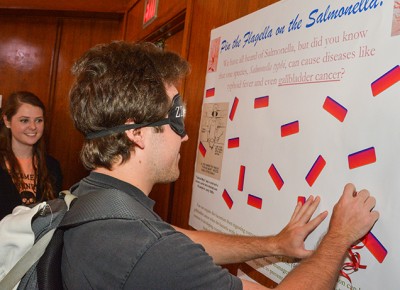 The ninth annual Celebration of Scholarship and Creativity proved to be yet another resounding success as students from a variety of disciplines presented their academic and creative projects to . . .