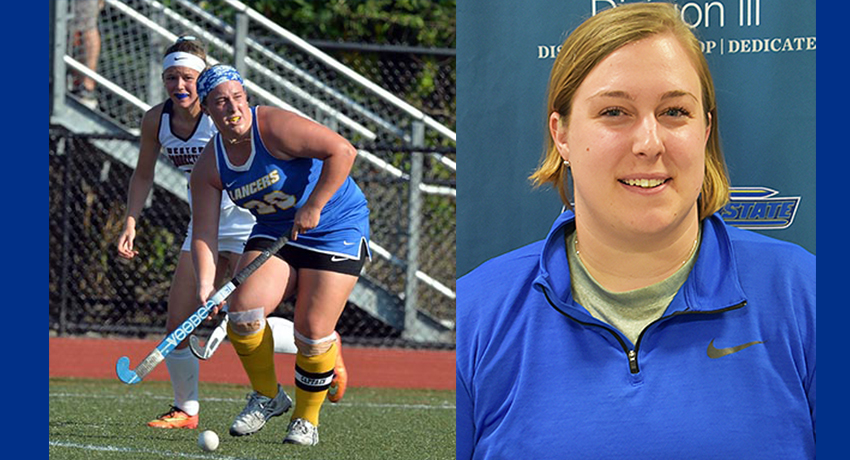 Hayley Sutherland ’18 has been named the head coach of the Lancer field hockey program. Sutherland replaces head coach Alexa Carlson, who elected to step down to focus on her family and to attend nursing school. She will stay with the program in an assistant coaching role.

“Being the head field hockey coach at Worcester State has been truly one of the greatest honors of my life,” says Carlson. “I cannot begin to articulate what this family of young women has meant to me over the last five years. We have cultivated a program that is rich in tradition and success and I have no doubt that will continue on for many years to come.”

“Alexa did an incredible job leading our field hockey program to its first ever Little East Championship and NCAA Tournament bid,” says Michael Mudd, director of athletics. “She has recently become a mom and is also taking on some additional coursework to become a certified nurse, so I certainly realize and respect that she would like to step down as our head coach. However, we are really excited that she will be staying on as an assistant coach.”

“I would like to thank our Athletic Director Mudd, President Barry Maloney, assistants Jackie Motyl and Nate O’Lari, and the rest of the athletic department for their ongoing support of our program day in and day out,” says Carlson. “We simply could not have had the success we did without them. I would also like to thank Hayley Sutherland for stepping into the role of head coach. She will be an incredible addition to the program. Most of all, I’d like to thank the student-athletes. Their hard work and perseverance through all adversity is why this program has risen to great heights and I could not be more excited to continue on this journey with them for years to come.”

As a player, Sutherland captained the Lancers in her senior season in 2017, and was named the LEC Player of the Year and a two-time LEC First Team All-Conference selection. In her senior year, she became the first ever Worcester State field hockey student-athlete to receive All-America honors, she was named a Synapse Sports Third Team All-American.

“Hayley was a terrific and well-decorated student-athlete for us a short time ago and she has been under the tutelage of Fitchburg State head coach Kim Cosenza for the past three years getting some valuable experience,” says Mudd. “It was important that the person that takes over the field hockey program at Worcester State was familiar with the great culture that the team possesses. Hayley had a

big influence on that team’s development into a regional power and I have no doubt she will continue the team on its upward trajectory.”

“I am so honored to have the opportunity to be a part of the Worcester State field hockey program as head coach,” says Sutherland. “I am looking forward to working with these amazing student-athletes. This program gave me so much as a student-athlete and I can’t wait to give back. I’d like to thank Alexa and Michael for making me a Lancer once again.” 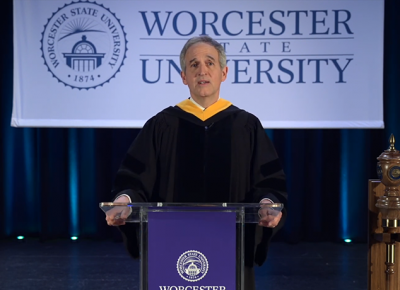 Acclaimed underwater photographer Brian Skerry ’84 advised Worcester State University graduates to appreciate the small things that bring them joy because those moments will create the . . .