Boston-based ArtWeek reaches out to Worcester this year, accepting two of Worcester State University’s visual and performing arts events into its calendar of over 1,000 events taking place statewide. This is the first time WSU entered events into ArtWeek, a Boch Center sponsored event.

The first WSU event takes place on April 28 when the cast of Intimate Apparel by Lynn Nottage remains on stage after the show to discuss the characters and theme of the production with the audience. The show runs April 26-29 in Fuller Theater.

The second event takes place on May 4 at 11 a.m. when Worcester State graduating artists open the doors of the Mary Cosgrove Dolphin Gallery and invite the public to meet with them to discuss their thesis work. The students are exhibiting their work in the gallery as part of the 2018 Student Thesis Art Exhibit, which runs April 19 through May 8.

Until last year, ArtWeek Massachusetts only reached out to 70+ towns in Eastern Massachusetts, but this year expanded its reach statewide, including Worcester and Worcester State University. Last year over 900 organizations hosted 1,000+ events.

Taking place from April 27 to May 6, ArtWeek dovetails with WSU’s own Extreme ART-ery organized through the Visual and Performing Arts Department. Extreme ART-ery events include art, music and theatre, and all events feature student work with most events being free. 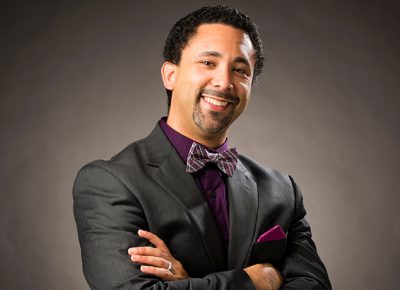 Isaac Tesfay (Diversity, Inclusion, Affirmative Action, and Equal Opportunity) was inducted into the Boys & Girls Club of Greater Nashua, N.H., Hall of Fame in March. Tesfay was one of only three . . .