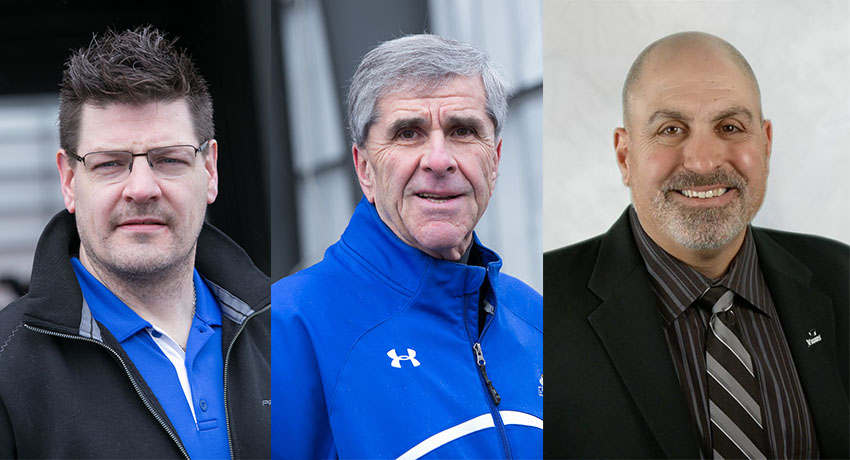 Director of Athletics Michael Mudd has announced a change in the leadership of the men’s ice hockey team, with the retirements of Head Coach Shayne Toporowski and Associate Coach John Coughlin Jr. at the end of the 2020-21 academic year. Bob Deraney will take over as the seventh head coach in program history.

“When I was hired almost seven years ago, the first coaching hire I had to address was the vacant men’s ice hockey coach position,” says Worcester State Director of Athletics Michael Mudd. “Shayne Toporowski was the perfect fit to establish a new team identity, which in my opinion, was a hockey club that was hard to play against every night and was never outworked.  More importantly, Shayne developed and helped prepare young men for the real word for life after hockey.”

“I would like to thank all the Worcester State Athletics Department staff for the opportunity to coach the men’s ice hockey program over the last seven years,” says Toporowski. “It has been a privilege to coach all the players at the collegiate level and help grow the hockey program. Special thanks to Coach Coughlin and all the work he put into the program, especially with the recruiting and administration duties. I wish him a fulfilling retirement.”

Toporowski says he is looking forward to spending more time at home with his wife and children. “The change in my life will allow me to attend both of our children’s activities while they pursue their respective passions. I wish the incoming staff, returning players, and incoming recruits good luck. Go Lancers!”

Coach Coughlin has spent nearly 20 seasons over two stints on the Worcester State men’s ice hockey coaching staff, his most recent tenure as associate head coach beginning in 2007. The Coughlin name has been tied to Worcester State men’s ice hockey from the very beginning of the program. John Coughlin Sr. was the first ever head coach of the team, leading the Lancers from their inaugural season in 1966-67 until 1980-81. Both father and son have been inducted into the Worcester State Athletics Hall of Fame, and the synthetic turf stadium on campus is named in honor of the elder Coughlin.

“The Worcester State University hockey program has been a source of great pride for the Coughlin family for over 50 years,” says Coughlin Jr. “Having been able to coach with my father was an experience I will cherish forever. There were many great memories and championships during the 1970s.”

“John Coughlin Jr. has done so much for the Lancers hockey program since he arrived nearly 50 years ago. I am going to miss my daily conversations with John about hockey and life,” says Mudd.

“A very special thank you to the University for providing me the opportunity to be part of a great experience,” said Coughlin Jr. “It has been a great ride, and a privilege to work with the many gifted players that have represented this University so well. I would also like to express a very deep sense of gratitude to the Athletics Department and University for their generous support and recognition of my

father’s contributions over the years. I am looking forward to watching the program grow and move forward.”

Taking over the reins of the program beginning in the 2021-22 season will be Bob Deraney, who brings a lengthy coaching resume to Chandler Street. Most recently, Deraney served as an assistant coach with the Worcester Railers of the East Coast Hockey League.

Deraney coached nearly 30 years at the collegiate level, most notably for 19 seasons as the head women’s coach at Providence College. He led the Friars to three Hockey East championships during his tenure, and was a three-time Hockey East Coach of the Year. Upon leaving Providence in 2018, he was the all-time winningest coach in both Hockey East and Providence College history.

Before his time at Providence, Deraney served as an assistant coach for a trio of Division I men’s ice hockey programs, UMass Amherst, Dartmouth College, and Northeastern University. In each role, he worked primarily with the defensemen and goaltenders, and was also heavily involved with video analysis and recruiting.

Deraney has worked extensively with USA Hockey, dating back over 30 years. He has worked as a scout and as a player development coach for both the women’s national team and men’s junior team, and won gold medals as an assistant coach of the women’s Under-18 World Championships in 2008 and the Women’s National Team at the World Championships in 2015.

Other recent coaching stops for Deraney include the South African Men’s National Team, KRS Vanke Rays of the Canadian Women’s Hockey League, and the Kunlun Red Star of the Kontinental Hockey League, the top professional league in Russia.

Prior to his coaching career, Deraney played four years of Division I hockey at Boston University, graduating in 1987. Deraney and the Terriers won two Beanpots and one Hockey East Championship in his four years.

“I’m very excited about this opportunity to become part of the Worcester State University community and its Athletic Department, and to become the seventh head coach in the history of its men’s ice hockey program,” says Deraney. “I want to thank Athletic Director Mudd for this terrific opportunity. I’m honored. I also would like to thank Associate Head Coach John Coughlin for all he has done over the last 14 years for his unquestionable commitment to the program and the players, and Head Coach Shayne Toporowski for the significant advancements the program has made under his leadership the last seven years. I look forward to taking the torch from them and beginning this next chapter of the program.” 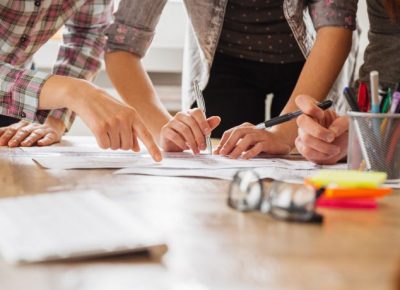 Students eager to stretch their entrepreneurial wings can receive support from Worcester State’s IDEA Accelerator, a new program taking place this semester. According to Director of Entrepreneurship Elaine Vescio, “the program is for students from any major who want to validate an idea for a product, service, or social venture. The action-based format gets the idea out of their head, . . .