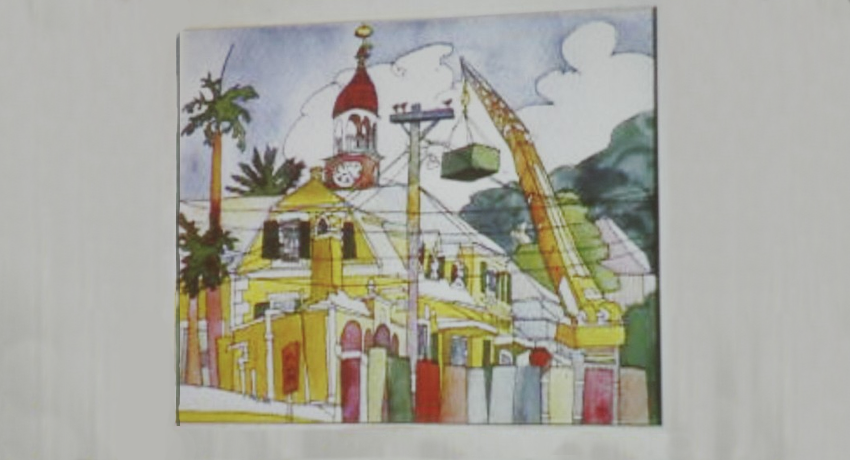 Authors and Illustrators Share Insights at the 2014 Authors’ Institute

Like many children’s authors and illustrators, Chris Raschka never planned on pursuing his current profession. “I never thought I’d be doing what I am doing now,” he confessed to the attendees at the 14th Annual Authors’ Institute, where he talked about his life and work. However, Raschka always had two constant interests: drawing and animals.

“I was always drawing when I was growing up,” he explained, “and I knew I wanted to study animals, so I decided to study biology.”

From studying biology at St. Olaf College in Minnesota, Raschka pursued a number of careers, including working in a children’s home in Austria, joining the Peace Corps, and even considered going to medical school. His love of painting ultimately brought him success, first as an illustrator for a Michigan law journal and then as a two-time Caldecott Medal-winning author for his books Hello, Goodbye Window and A Ball for Daisy.

Raschka was one of five authors who were guest speakers and teachers at the week-long program, which was hosted at the Worcester State campus. Other authors included Kate Feiffer, John Rocco, Melissa Stewart, and Janet Taylor Lisle, all of whom were able to provide their insight into writing for children and working in the industry. The program consists of daily workshops and presentations, where New England teachers and graduate students learn the importance of literacy and how to motivate children to read.

“I thinks it’s great,” said Tracy Harpin, a teacher from Sutton, Mass. “It’s my first year here, and I ‘ve learned a lot and had a great time.”

The Institute was developed and is directed by Elaine G. Tateronis, a former Worcester State education professor, and Joan Trainor, an adjunct faculty member, who assists in the Institute’s coordination and delivery. It is administered by the University ‘s Division of Graduate and Continuing Education division.

"Worcester State University is gratified to see that the State Legislature has backed a second year of increased funding for us and for all of the public higher education institutions in the . . .