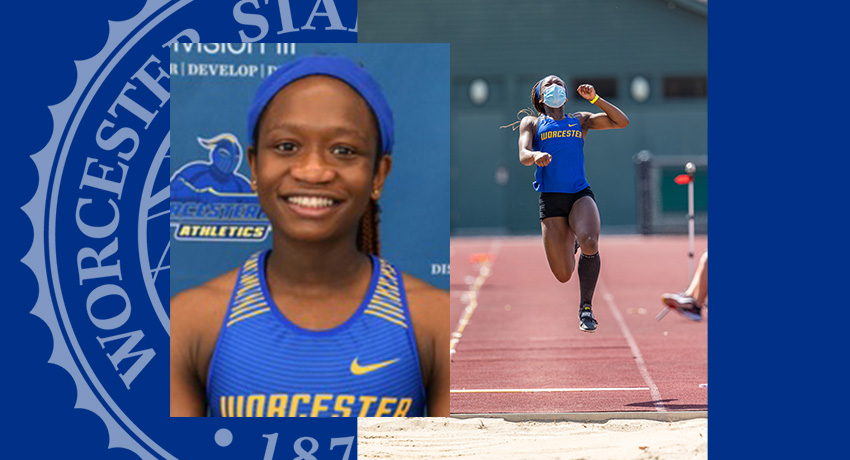 Bernice Mensah ’21, a member of the Worcester State University women’s indoor and outdoor track & field teams, has been voted the Massachusetts State Collegiate Athletic Conference Scholar-Athlete of the Year by the league’s athletic directors.

Mensah competed in both the indoor and outdoor seasons over her four years with the Lancers. She earned nine individual conference titles during her career as a sprinter and jumper. She won three MASCAC titles during the indoor season in 2018, capturing gold in the 60-meter dash, long jump, and triple jump. She then defended her 60-meter title in 2019. Outdoors, she won the triple jump in 2018, 2019, and 2021 at the conference championship meet. In 2019, she added a 100-meter dash gold and earned top marks in the long jump in 2021. Mensah also anchored Worcester State’s MASCAC Champion 4×100 meter relay this spring. In addition to her impressive competitive performances, Mensah also provided leadership as a team captain.

Despite her busy schedule, Mensah also found time to give back. On-campus she served as a COVID-19 Vaccination Clinic volunteer and also volunteered with the Office of Multicultural Affairs. She served as a physics tutor and the treasurer of the Tri Beta Biology Honor Society, while also being a part of the Athlete Mentor Program.

Away from the Worcester State campus, Mensah volunteered at the Worcester Free Care Collaborative where she distributed flyers and helped handle case management for telehealth services. She also led a youth dance team at her church.

The MASCAC Scholar-Athlete of the Year has been awarded annually since 1980 to a student-athlete who has excelled in both the classroom and field of play while maintaining at least a 3.20 cumulative grade point average through their last year of athletic eligibility. 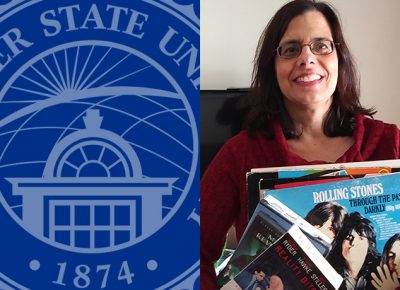 Why do we like nostalgia in TV, movies, and other entertainment? What impact does the portrayal of a particular group in popular culture have? Those were among concepts Pam Hollander, . . .