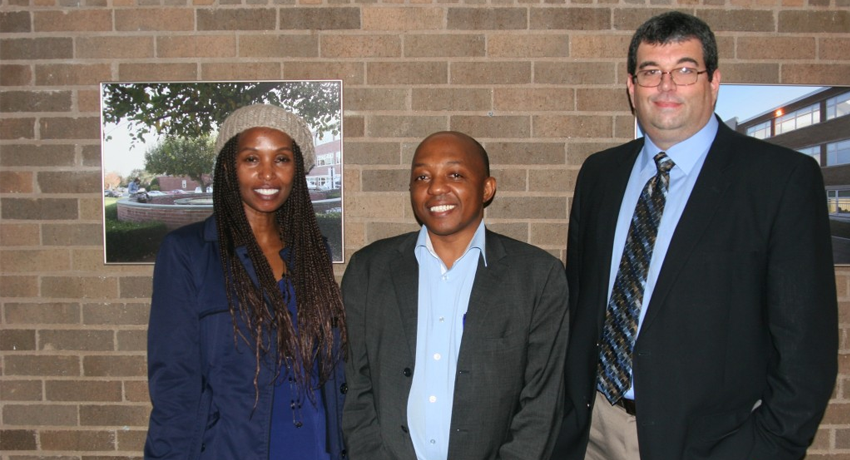 Botswana Physician Calls for World to Unite Against Deadly Epidemics

“Public health challenges are no longer just local or regional. They are now global, and demand that everybody chips in,” said Dr. Marape Marape, a physician and epidemiologist from Botswana.

The public health expert recently spoke at Worcester State University about the Ebola epidemic, the media hysteria and myths of the virus, and the effects of globalization on public health. Dr. Marape is speaking at colleges and universities across the country during his current tenure as a visiting professor at Ohio University’s College of Health Sciences and Professions.

Dr. Marape said globalization has caused epidemics such as the current West African Ebola crisis and the 2003 SARS outbreak to have political, economic, and societal effects across the world. As a result, international cooperation is imperative. Isolating the affected countries, he said, enables the diseases to spread, whereas collaboration around global public health crises is more likely to ensure a quick and measured response.

The doctor also noted the success of countries such as Nigeria that were able to contain and eradicate the outbreak of the disease before it spread to other countries. The West African nation took appropriate public health measures, such as immediately declaring a state of emergency, managing fear, and keeping the country’s borders open. “If you close the borders to your country,” warned Marape, “people will still find a way in, and because they evade the screening process, you have a much higher chance of having an outbreak.”

Nigeria also used social media to spread information about the disease and to urge people to take precautions, as well as to dispel the persistent myths about Ebola – a tactic that Marape would like to see more of in the United States, where local and national media outlets amplify the Ebola hysteria. He admitted that when he arrived in the United States, he was afraid that he would have to go through an intense medical screening process at the airport, even though Botswana is thousands of miles away from the Ebola outbreak in West Africa. “I was going to show them this lecture if that happened,” he joked, “but I don’t think they would have cared.”

Dr. Marape pointed out the global public health response to the 2003 SARS outbreak as a model of effectiveness, contrasting that approach with what is happening today with the Ebola virus. Thanks to an intense and urgent multi-national, cross-sectional response, only 774 people died of SARS – which shows that the world can effectively respond to global public health disasters if a concerted effort is made.

Even when charities and organizations donate their resources to countries that are experiencing disease epidemics, they usually respond as the crisis is occurring – which is not effective in ensuring long-term stability.

“The best time to respond to an outbreak,” Marape said, “is before and after it is happening.”

The event was sponsored by Worcester State University’s Urban Studies Department and NonProfit Management graduate program, the Honors Program, the Office of Multicultural Affairs, and the Center for Teaching and Learning. Dr. Marape was introduced by Dr. Thomas Conroy (chair and assistant professor of Urban Studies) and Dr. Shiko Gathuo (associate professor and coordinator of the Non-Profit Management program), who attended a public health seminar with Dr. Marape in Botswana earlier this year. 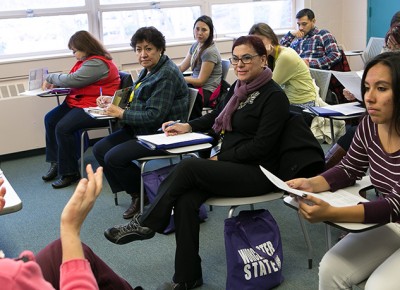