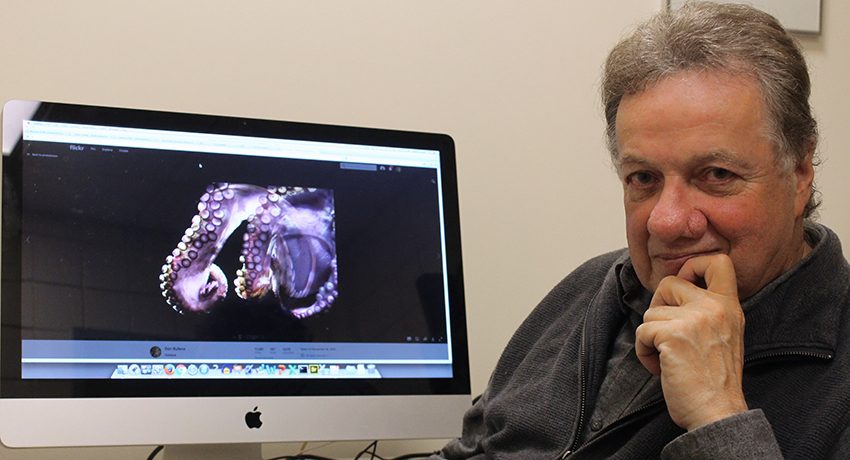 Donald Bullens (Communication) has been selected to participate in the Non Objective Now exhibit at the Davis Art Gallery in Worcester. Bullens’ photograph, entitled “Predation,” will be featured in the juried exhibition, which includes painting, sculpture, photography, mixed media, and fiber art.

Bullens said he submitted the image on a whim and was pleased to get word that it had been accepted into the show. “There’s a lot of great work there. I was happy to have one of my images selected for it,” he said. The show, which opened September 22, runs through January 5 at the gallery, 44 Portland St., Worcester.

“Predation” is a richly detailed, close-up image of an octopus’ tentacles which gives the effect of a graceful abstraction rather than of a straightforward nature photograph. Although the image was made on a trip to Barcelona, Bullens more often can be found photographing wildlife in the Florida Keys, an interest he developed during a sabbatical 20 years ago. His work is featured in galleries in that area, he said.

Bullens recently called up some images from his Florida work on his Mac in his office in the LRC. There were striking photos of roseate spoonbills, snowy egrets, and other exotic Keys wildlife. “The roseate spoonbills are gorgeous birds,” he said. “You don’t see them much, but I spend a lot of time looking around, and I usually end up finding them.”

The subjects of Bullens’ photographs change occasionally because of variations in the fragile ecology of the Keys, which comprise the exposed parts of ancient coral reefs. “It’s just constantly changing,” he said. “You see things go away for a period of time. The pelicans went away for a while. They’re back now.”

A more recent interest is photographing the architecture of Europe, which he renders in more of an artistic way, rather than like a guide book picture. “I’ve been doing a lot of that lately,” he said. “It’s just unbelievable the stuff you can find in Europe for architectural photography.” 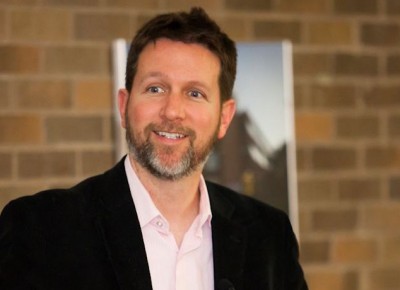