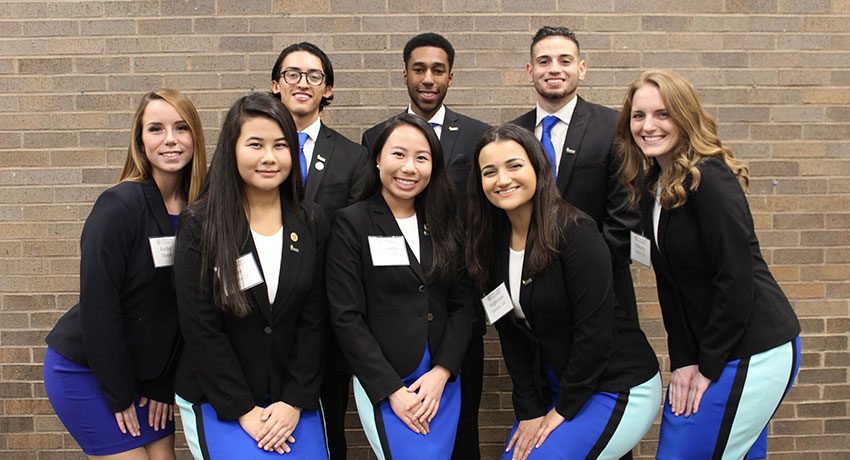 Dr. Dell’Aera, of the history and political sciences departments, made that observation on Friday, Nov. 2, at an event highlighting a partnership that aims to do just that. Civic Engagement in Higher Education: A Showcase of Public Service celebrated the partnership between the Honorable John J. Binienda Center for Civic Engagement at Worcester State and the Edward M. Kennedy Institute of Boston.

The Binienda Center’s focus is on giving students a strong foundation in civic participation, a mission similar to that of the EMK Institute. In keeping with the vision of the late Massachusetts senator whose legacy it honors, the institute strives to empower students and others with a deeper knowledge of the legislative process and the importance of citizen involvement.

The partnership was formalized in 2016 and student delegations from WSU have visited the institute for special events. But this Blue Lounge showcase was the first to be held on campus. It included a keynote address by EMK Institute President Mary K. Grant, who is the former chancellor at the University of North Carolina at Asheville and former president of the Massachusetts College of Liberal Arts in North Adams. She also had been a senior fellow at the John W. McCormack Institute of Public Affairs at University of Massachusetts Boston, now the McCormack Graduate School of Policy and Global Studies.

Grant was introduced by President Barry M. Maloney, who noted in his remarks that an engaged citizenship is a core value of the university and is emphasized in the current strategic plan.

“Since I arrived here at Worcester State seven years ago, our commitment to engagement has grown,” Maloney said. “This past academic year, our students spent more than 150,000 hours of service back to the community, in Greater Worcester and its schools, its nonprofit organizations, and with people, whether through volunteering, internships, practicum assignments, or organized service opportunities.”

Those initiatives mesh well with EMK’s programs, according to Grant. “We convene diverse conversations on the topics of the day, bringing people together to think through the issues and talk collectively,” she said. “We do that by using the best of technology and storytelling, building on the center of the Kennedy’s legacy of service, and working across the aisle, to ensure that we infuse those into every program that we do, so that his legacy of engagement is spread beyond the doors of the Institute.”

One of the ways EMK fulfills its mission is through a program called Today’s Vote, in which participants play the role of U.S. senators debating legislation in the institute’s full-size replica of the Senate chambers in Washington, D.C.  Attendees of the Blue Lounge event were invited to participate in a shortened version of the program, with each person playing the role of a senator from a randomly assigned state. The debate centered around Sen. Cory Booker’s bill calling for the removal of Confederate monuments from the U.S. Capitol. The bill was narrowly defeated in the exercise, with red-state senators staying in character for the vote.

While such political polarization seems to be the order of the day, the EMK Institute strives to promote bipartisanship, Grant said. “It’s exciting and hopeful to see what’s possible when we work together intentionally, to create a more just, socially equal society,” she said. “I’m proud, as Barry mentioned, to have led public higher-ed institution in the state. I’m even more proud to be a graduate of two of our public higher-education institutions in Massachusetts, Massachusetts College of Liberal Arts and University of Massachusetts in Boston.”

Grant told students in the audience that her own career path proves that they may someday accomplish as-yet undreamed-of goals.

“I’m telling you, some of you may come back here someday to be president of your alma mater,” she said. “When I was a college student, I never thought that was going to happen. When I returned to my alma mater to become president, a faculty member said to me, ‘So what is so different, now that you’re president?’ I said, ‘I have keys to everything. When I was a student, I didn’t get the keys to everything.’ So, anything is possible.”

The event also included a presentation by members of Worcester State’s Enactus Team on their work with Reyes House in Worcester, which is a residential program for men recovering from substance abuse. Members of the entrepreneurial club, which has a strong community service component, have helped the men on their road to recovery by working with them to foster financial literacy, helping them form running and walking groups, and assisting with filing taxes.

Also, an award was presented to state Sen. Harriette L. Chandler for her work encouraging civic responsibility, most recently through her sponsorship of a bill that enhances civic education in public schools by strengthening the civics curriculum and fostering cooperation among institutions dedicated to strengthening civic education and democracy, such as Worcester State’s partnership with the EMK Institute.

Maloney also gave a shout out to Dr. Mark Wagner, Binienda Institute director; Dell’Aera, the faculty ambassador to the EMK Institute; and Nana Darkwa, ’19, who served as emcee for the evening. “Thank you for fostering this relationship,” he said. “And Nana, thank you so much for being our first student ambassador to the EMK.” 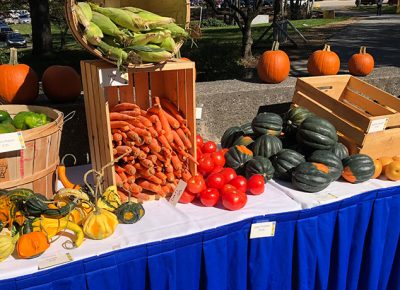 Green is the New Blue at Worcester State

Royal blue is Worcester State’s official color, but the annual Sustainability and Food Fair shows that, these days, students, faculty and staff are thinking green. The fair, held Oct. 17 and 18 . . .