Education experts are asking the wrong questions when tackling a growing academic achievement gap for Latinos in Massachusetts, according to Dr. Pedro Noguera, Ph.D., distinguished professor of education at the Graduate School of Education and Information Studies, University of California, Los Angeles.

Noguera was the plenary speaker at the inaugural symposium of a statewide education collaborative called In Pursuit of Equity, Accountability, and Success (PEAS). “The Role of Leadership in Promoting Equity and Countering Racial Inequality in Education” attracted more than 500 educators and policy experts to Worcester State to discuss ways to achieve equity, accountability, and racial justice for Latinx students in Massachusetts, from early childhood through college and beyond.

“While equity for Latino students is certainly a national topic, there’s no denying the urgency for the commonwealth,” said Marco Davis, former Obama administration education official and current president and CEO of the Congressional Hispanic Caucus Institute. With only 22 percent of Latino males completing college, “this is simply untenable in a state like Massachusetts, widely hailed as the education state, which moreover has a growing Latinx population,” he added.

Noguera cited statistics that show an income gap of more than $42,000 between white and Hispanic household in the state, which is the largest of any state and nearly three times the national gap.

“The good news is poverty is not a learning disability. However, if we ignore the needs of a poor kids, the kids with the greatest needs will continue to be the ones who fail,” he said.

In welcoming remarks, President Barry Maloney affirmed his commitment to addressing the equity gap through deliberate campus initiatives, with guidance from WSU’s Latino Education Institute, a co-sponsor of the conference.

“At Worcester State, the percent of minority/ALANA students has nearly doubled since I arrived, from 16.4 percent in 2011 to 31.7 percent in 2018. This is great news for improving the diversity of thought in our classrooms, and for the opportunity to learn how to collaborate with people different from ourselves,” said President Maloney. “Such rapid change in the makeup of the student body also poses challenges, however. Worcester State has been challenged to become a more welcoming university.”

“We are now at the worst point of inequality of this country. I dare say that inequality in this country is threatening our very democracy,” he said at the beginning of the conference.

“Stop blaming the students,” he said. “We need to look at our institutions and ask, are we ready for the incoming students?” adding that K-12 must be included in the initiative, including early education. “If the three sectors are not talking together, we aren’t going to succeed.”

To view the opening remarks, as well as the lunch talk “How is Massachusetts Meeting the Call for Equity” and Noguera’s plenary “A Call to Action: the Role of Leadership in Promoting Equity and Countering Racial Inequality in Education,” visit: https://www.youtube.com/user/WorcesterState/videos. 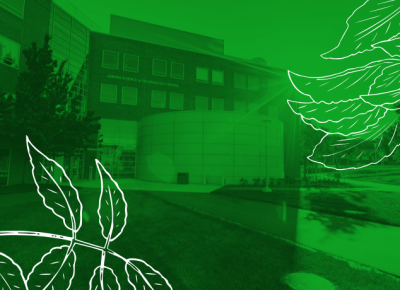 For over 10 years, Worcester State University has been taking the initiative to create an environmentally sustainable campus and reduce its carbon footprint in the midst of a climate crisis. “Even though the campus square footage has increased 75 percent since 2004, our emissions per square foot has gone down 43 percent. We are doing great compared to our sister institutions,” says . . .