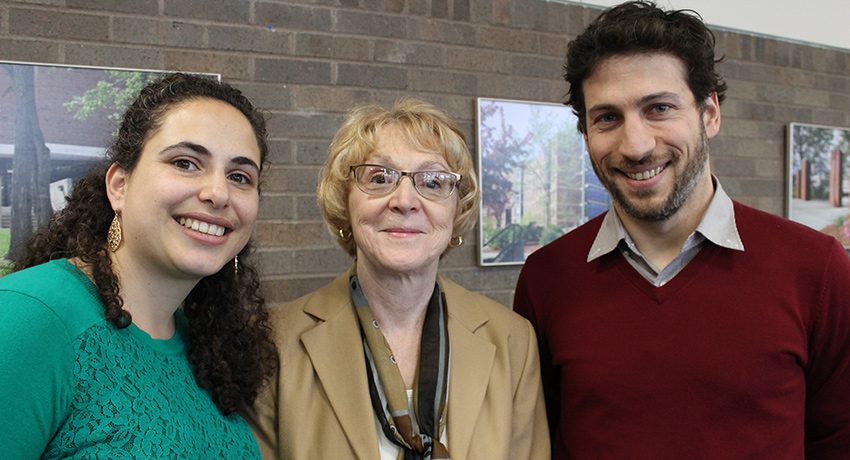 Helping new immigrants learn English, restoring an historic tropical grove that had been ravaged by a hurricane, and reaching out to help the hungry get the nourishment they need. The Worcester State University community acknowledged the service of numerous students, faculty, and community members at the Celebration of Civic Engagement held April 4 in the Blue Lounge.

The event is sponsored annually by the Urban Action Institute and the Honorable John J. Binienda Center for Civic Engagement. President Barry M. Maloney gave the welcome address, noting that the day also was the 50th anniversary of the assassination of the Rev. Dr. Martin Luther King Jr.

“We are gathered here to celebrate this university’s commitment to service and to political and civic engagement,” Maloney said. “Today is the 50th anniversary of the assassination of Martin Luther King, and so we are reminded that such engagement—especially engagement aimed at change—is not always easy. Sometimes it comes at great cost. But we are also reminded that taking action to further equality and justice, as well as actions that make a difference in even one person’s life, can have a lasting impact on us, and on the world around us.”

Bacon and Cocola were presented with the 2018 Binienda Center Community Engagement Award in recognition to their commitment to the Clemente Course in the Humanities, an award-winning college-level seminar for highly motivated low-income adults seeking to build better lives for themselves, their families, and their communities.

During her remarks, Bacon described the cross-cultural and cross-generational community-building effect of the Clemente Course.

“A Muslim mother sits across from a gay asylum seeker from Jamaica,” she said. “An African truck driver listens closely to a Puerto Rican break dancer. A Vietnamese interpreter notices the Chinese characters on a Dominican former gang leader’s tattoo and asks him to explain. They realize that they have some beliefs in common.”

WSU offers many opportunities to get out into the larger community and offer a helping hand, UAI Executive Director and Assistant Professor of Urban Studies Adam Saltsman, Ph.D., said. Among the options students have are “working with Chandler Magnet School to learn how to plant, care for nature and work with the seasons, to get out and work with our refugee and immigrant communities through after-school tutoring and English language learning tutoring, to be mentored and to be activists as well,” he said. “This combination of action, advocacy, and reflection is central to what we believe prepares students to be leaders and to make a difference.”

Saltsman and UAI Staff Assistant Joanne Jaber Gauvin presented this year’s Deignan Intergenerational Service Award for Outstanding Intergenerational Leadership to Judith Knight. Knight had been a Worcester State student many years ago and returned after retirement from a long career in the health field.

“She has been a powerful force,” Saltsman said. “She’s been very much the foundation of our Hunger Outreach Team these many years, and it’s really an honor to work with her,” he said.

Knight said she was “extremely” grateful to receive the award.

“The work is truly rewarding,” she said. “Being at the University and working with the wonderful staff and students is a true blessing and has given me a new lease on life.”

The 2018 Faculty/Staff Engagement Award was presented to Assistant Professor of History and Political Science Anthony Dell’Aera, Ph.D., who was named the faculty fellow for a new partnership between WSU and the Edward M. Kennedy Institute for the United States Senate.

Vice President for Enrollment Management Ryan Forsythe presented the 29 Who Shine Award to senior math major Janet Novack. In 2011, the state Department of Higher Education launched “29 Who Shine,” a program to recognize outstanding students representing each of the Commonwealth’s 29 public campuses. The honorees, chosen because of their records of leadership and community service, stand poised to contribute greatly to the civic life and economic well-being of the state.

The Honorable John J. Binienda Sr. Communication Sciences and Disorders Award was presented to Kendall Charpentier, a communication sciences and disorders major who graduated in December 2017. Kendall grew up with a sister with hearing loss, and her career goal is to improve communication for children who are similarly challenged.

The Binienda Center Award in Public Service went to WSU sophomore Karla Travieso, who is currently studying toward a bachelor’s degree in psychology with a concentration in mental health and a dual minor in sociology and Spanish.

The Binienda Center also celebrated the many achievements of WSU’s Enactus team, which again won in its league at the Regional Enactus Competition in Chicago and have advanced to the national competition on May 22 and 23 in Kansas City.

Many other awards were given out, including several M.S. in Nursing program awards.

About the Photo: From left, Joanne Jaber Gauvin, Judith Knight, and Adam Saltsman 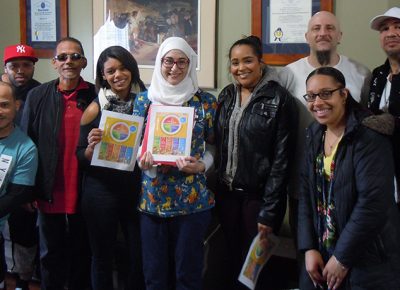