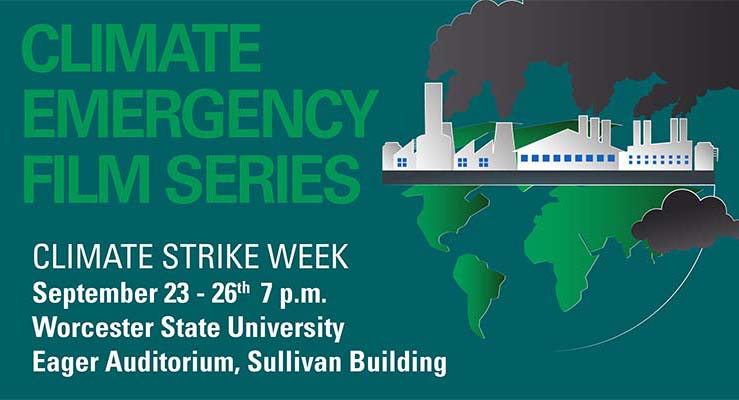 The films show the danger our planet faces due to climate change. Dr. Patricia Benjamin (Geography and Environmental Science) is one of the organizers for the film series. She says showing these films is timely due to upcoming and ongoing climate strikes, many of them encouraged by 16-year-old climate activist Greta Thunberg from Sweden. Benjamin also says that current WSU students and recent WSU grads are key organizers of the Worcester youth strike.

“There is a Global Climate Strike called by youth activists for September 20 timed to coincide with the UN Secretary General’s call for an emergency climate summit on September 23.” Benjamin says. “The following Friday, there is a call for a global general strike. The week in between is a time for education and action. This is the context in which activities are being organized around Worcester. The film series is part of the educational piece.”

The films being shown are:

Monday 9/23. Merchants of Doubt (2014) A classic that shows how just a handful of scientists obscured the truth on issues from tobacco smoke to global warming.

Tuesday 9/24. The Human Element (2019) Shows the lives of everyday Americans on the front lines of climate change and inspires us to reevaluate our relationship with the natural world.

Wednesday 9/25. Paris to Pittsburgh (2018) A film from National Geographic that celebrates Americans demanding and developing solutions in the face of climate change.

Thursday 9/26. This Changes Everything (2015) Argues that seizing the crisis of climate change can transform our economy for the better.

The film series is sponsored by the Worcester State Department of Earth, Environment and Physics and 350 Central Mass, a volunteer-led climate action organization. 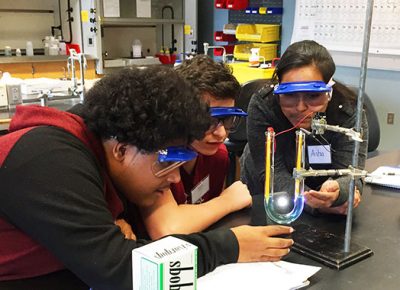