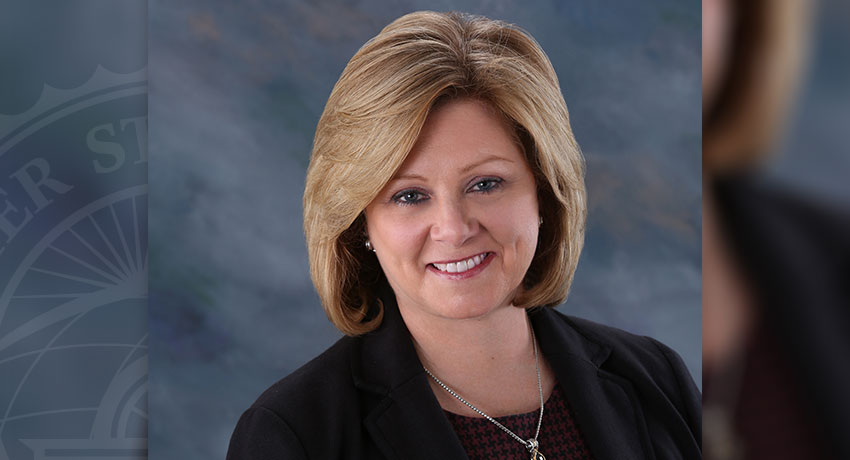 Lisa M. Colombo ’87, D.N.P., M.H.A., R.N., executive vice chancellor of Commonwealth Medicine, the health care consulting and operations division of UMass Medical School, will be the featured speaker at Worcester State University’s virtual Commencement ceremony on Saturday, July 25, at 10 a.m. She will also receive an honorary Doctor of Science in Nursing degree in recognition of her distinguished leadership in public health for the commonwealth.

“Dr. Colombo is an accomplished professional and proud alumna, who will do a great job for our students. She is more than deserving of this honor,” said President Barry M. Maloney at the June 25 Board of Trustees meeting where her nomination was unanimously approved.

Colombo has led Commonwealth Medicine since 2018. On March 30, she was named the incident commander at the Holyoke Soldiers Home, leading a team of medical professionals that successfully contained a COVID-19 outbreak that killed 76 veterans at the state-run facility.

Colombo’s many career achievements include serving as senior vice president and chief nursing officer at UMass Memorial Medical Center. She has taught doctoral level courses at UMass Medical School’s Graduate School of Nursing (GSN) for more than a decade and has offered advice to GSN leadership as associate dean for clinical practice since 2017.  As president and CEO of UMass Memorial-Clinton Hospital from 2015 to 2017, Colombo oversaw a merger of UMass Memorial-Health Alliance-Clinton Hospital. She currently serves on the Worcester State Board of Trustees.

Colombo received her Bachelor of Science in Nursing from WSU, a Master of Health Administration at Clark University, and a Doctor of Nursing Practice at the Massachusetts General Hospital Institute of Health.

More than 1,200 undergraduate students will be honored at Worcester State’s 144th Commencement, which will be held online for the first time. In addition to Colombo, speakers include President Maloney, Provost Lois Wims, Ph.D., and senior class officers Maribel Mateo ’20 and Camille Bourbeau ’20. 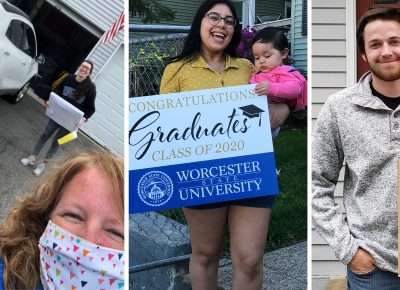 In a more normal world, Assistant Professor of Psychology Nicole Rosa, Ph.D., would have spent Saturday, May 16, at the DCU Center along with her fellow faculty members and hundreds of others, . . .