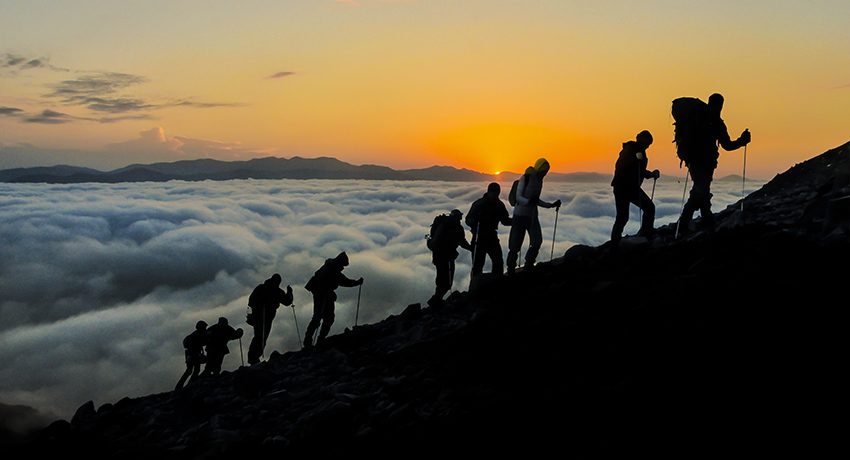 “I chose it as my Senior Capstone project because I love filming and video production, as well as hiking,” she wrote in the department’s February newsletter. “I wanted a way to capture the feeling you get when you’re hiking in the mountains for my Senior Capstone. Creating the film allowed me to make my portfolio stand out when it came to applying to jobs in the communication field.”

Strzelewicz says that she used classroom skills such as video editing, social media marketing, and graphic design during the project.

“What gave me the confidence to pursue such a hefty project was my internship at UMass Memorial Health Care, which allowed me to see first-hand how a high-quality video is made step-by-step, from organizing filming dates to conducting interviews,” she said.

“In February, I started gathering an email list of hikers interested in the film, and in March I started filming hikes in the White Mountains,” she explained. “During the summer, I filmed more hikes, as well as interviews with hikers and staff members from the Mount Washington Observatory and the Appalachian Mountain Club (AMC). It wasn’t until September that I actually created a rough outline to follow based on the interview footage. All the while, I continued to email updates of the film to hikers who had signed up for my email list.

Strzelewicz has had help promoting her video. “One of the biggest compliments I’ve received is having the AMC share my documentary on their Facebook page, allowing it to grow a bigger audience,” she said. 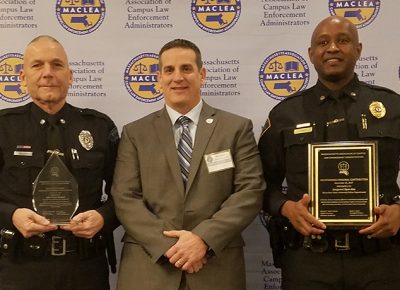