The Worcester State University Department of Visual & Performing Arts will Present the Music of J.S. Bach, Schubert, Prokofiev, and James performed by WSU adjunct faculty members Pianist Stephen James and Cellist Peter Zay, Monday, December 6, at 7:30 p.m. in the Fuller Theatre. James and Zay are gifted classical musicians and will present a well-rounded program, including original music by Steve James.

Stephen James has performed for the Tanglewood Music Center Chamber Series, the WICN Radio concert series at Mechanics Hall, the Omnibus Series at Boston University, the American Repertory Theater, the Asparagus Valley Contemporary Music Ensemble, and on many other concert series in New England. He holds a masters degree in piano from Boston University, where he studied with Luis Batlle and performed the Stravinsky Symphony in Three Movements with the Boston University Symphony Orchestra, and a bachelors degree in music from Amherst College, where he studied piano with Beveridge Webster, Vincent Marlotti and Robert Miller, and performed the Schumann and Stravinsky piano concertos with orchestra.

He is a composer as well as a pianist, and completed his doctoral degree in composition at Boston University, where he received the graduate composition prize in 1984, the Malloy Miller Composition Award in 1986, and an award for continuing musical excellence in 1987. James was a Crofts Fellow in Composition at the Tanglewood Music Center and a member of the Center for Compositional Study at the Aspen Music Festival. Performances of his works include premieres by the the Pro Arte Chamber Orchestra of Boston and the Atlantic Brass Quintet, commissions from the Washington Music Ensemble and the Newburyport Choral Society, and performances by the Society for New Music (Syracuse, NY) and the Fellows of the Music Center at Tanglewood. He currently teaches music theory and piano performance at Worcester State College, and has also taught at Boston University, the University of Massachusetts at Dartmouth, Anna Maria College and Bridgewater State College.

Cellist Peter Zay’s musical achievements have taken him to venues throughout the United States, Europe and Central America. Recent highlights include the International Musical Arts Institute chamber music concerts in Maine, frequent invitations to perform with the Quartetto Saravasti in Murcia, Spain, and as a guest artist on the Sunday Serenades concert series in Hartford, CT. Past performances include at the Yellow Barn Chamber Music Festival (VT), the Taos Chamber Music Festival, the Aspen Music Festival, and the Bellingham (WA) and Wintergreen (VA) Festivals of Music.

Zay is the Principal Cellist of the Plymouth Philharmonic and a member of the Hartford Symphony Orchestra. He has performed regularly with many other organizations including the Boston Lyric Opera, the Pro Arte Chamber Orchestra of Boston, the Boston Modern Orchestra, the New World Symphony (FL), the New Haven and Springfield (MA) Symphonies, the American Sinfonietta and the Barrington Stage Company. He has concertized in many of the worlds leading venues including Vienna’s “Musikverein,” Frankfurt’s “Alte Oper,” Stuttgart’s “Beethoven Saal,” Symphony Hall and Jordan Hall in Boston, Tanglewood, TD Garden Boston, Madison Square Garden, and the Weill Recital Hall at Carnegie Hall. Zay has toured with Diana Krall, Linda Ronstadt, Pepe Romero and Andrea Bocelli and has appeared with Luciano Pavarotti, Barry Manilow, Arlo Guthrie, Frankie Valli, the Beach Boys, Aretha Franklin, and Tiempo Libre among many others. He has recorded for New World Records, Natural Soundfields, Gamut Records and Moving Together Productions and has been featured live on WFCR and WAMC Public Radio.

Zay first began studying the cello with his mother at the age of six. He earned a Bachelor of Music from the Hartt School of Music and a Master of Music Degree from the Manhattan School of Music. His teachers and coaches included members of the American, Emerson, Guarneri and Muir String Quartets, and the Beaux Arts Trio.

The concert is free and open to the public. 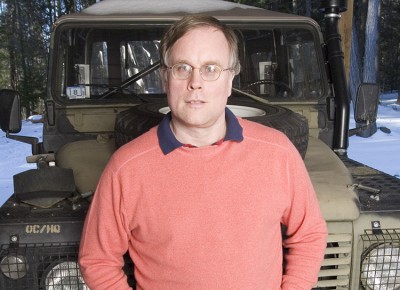 John Elder Robison, author of “Look Me in the Eye: Illuminating Insights on Autism, From a Life with Asperger’s,” will speak at Worcester State University, Wednesday, November 17 at 11:30 a.m. . . .