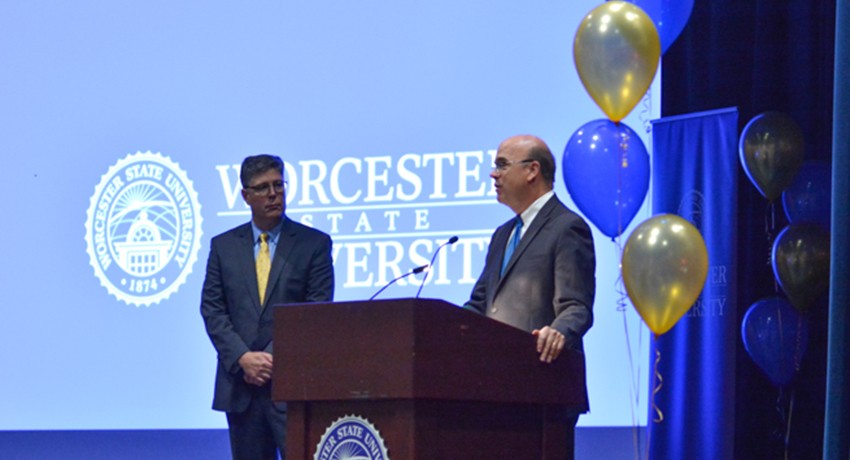 Congressman James P. McGovern offered keynote remarks at Worcester State University’s 2016 Opening Day Conference for faculty and staff, praising them for inspiring him and calling on everyone to find common ground in the fight against bigotry.

University President Barry M. Maloney introduced the congressman and highlighted his accomplishments at home and abroad.

“We know him as an advocate of our programs, such as the Intergenerational Urban Institute, and his affinity for community gardens,” he said. “He regularly hosts our students who visit D.C. as part of our Leadership Program and regularly engages our students as interns in his Worcester and D.C. offices.”

McGovern also has taken action in Congress to increase Pell grants and access to higher education.

During his remarks, McGovern praised Worcester State’s commitment to activism and community outreach, as well as his collaborations with the University, such as the Latino Education Institute.

McGovern stressed his strong belief in the power of education, quoting Nelson Mandela’s saying that “education is the most powerful weapon which can be used to change the world.”

“I believe that this university is a place where the young and not-so-young alike can get the tools to change the world,” said McGovern. “So many here in this room are changing the world each and every day, and I’m grateful for that.”

In the face of the current political climate, McGovern said that it is more important than ever to fulfill our obligation as U.S. citizens to make our country better, and to come together rather than resort to political antagonism.

“There are some things, no matter what our political persuasion may be, we all ought to come together on,” he said. “Rejecting bigotry in any way, shape, or form is something that all of us, in the year 2016, ought to be able to agree on. We can’t do it when we are pointing fingers and yelling at each other.” 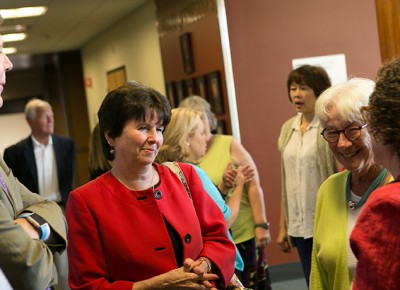