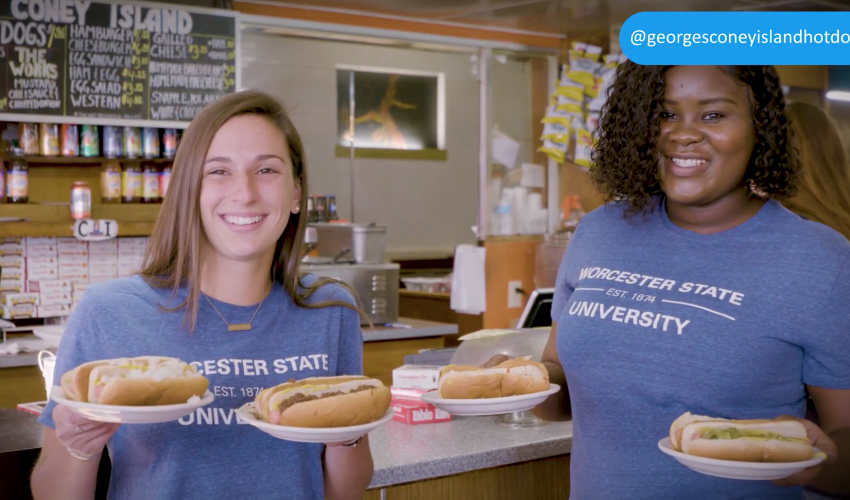 Consortium Video Highlights the Best of Worcester for Prospective Students

Worcester is the ultimate college town and a new video aims to show prospective students the highlights of the cultural renaissance currently happening here. From Shrewsbury Street’s restaurant row to a $100-million stadium for a Triple-A baseball team being built in the trendy Canal District, the short video presents an encapsulated look at a vibrant city on the move.

The video was produced by the Higher Education Consortium of Central Massachusetts (HECCMA) in conjunction with the city of Worcester. HECCMA member colleges and universities from throughout the area participated, with students from each institution making appearances. Six Worcester State students volunteered as “actors” for the project.

“This is going to be used as a marketing tool by all the universities in Worcester to give prospective students a taste of Worcester. It shows some of the cultural attractions and a little bit about all of the educational institutions, so it gives a nice, diverse perspective of the city,” said Amy Peterson ’03, communication specialist for the city, at a recent video-premiere event attended by representatives of local colleges and universities, as well as city officials and other dignitaries.

Peterson said she thinks prospective students will like what they see. “Worcester is an approachable city,” she said. “It’s a midsize city, but it has an urban core so they can get the best of both worlds—being on campus, but then having the city with its the nightlife, museums, and theaters, and I really think that will be appealing.”

The video also is aimed at showing students the many attractions that await them when they venture beyond their campuses—something city officials try to encourage, said City Manager Ed Augustus.

“There’s a lot of energy and enthusiasm about the city of Worcester right now and we want to just keep building on that,” he said. “With the 30,000 plus college students that call this their home, it will help get them excited about the city and what’s happening here.”

Through HECCMA, local colleges and universities have collaborated on several recent initiatives to enhance the reputation of the city as a destination for college-bound students, Jeanine Went, executive director of HECCMA, said.

“We’re hoping that this will help get kids excited about Worcester because we’re excited about it and we hope that will be contagious for our prospective students,” she said.

The video can be viewed here. 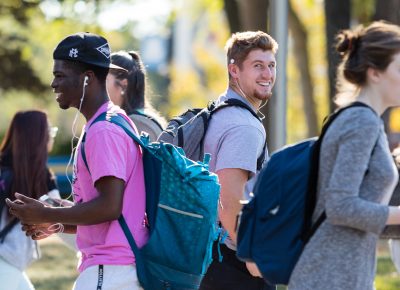 Worcester State is exploring programming that will specifically address the needs of students who are in the first generation of their families to go to college. Almost 50 percent of Worcester State’s Fall 2019 incoming class identified as first-generation college students, a demographic that is expected to grow in the coming years. The first event to kick off the effort is a reception on . . .