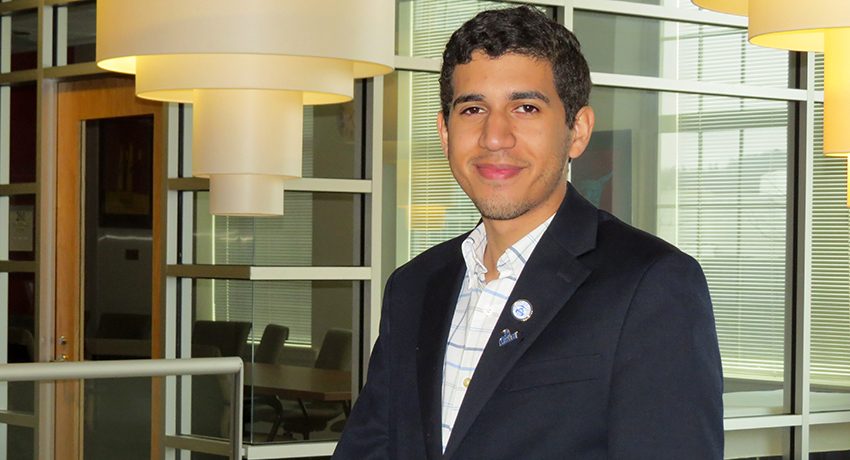 How can Batman and financial literacy education possibly have anything in common? The answer, senior criminal justice major Jose Medina says, is preventing crime over the long term. It’s all part of the state’s new SeedMA program.

“Criminal justice is all about making sure the community is safe and productive,” says Medina, who has been a SeedMA Fellow since February. One of the ways to do this is to provide “a path to education.”

“The primary objective of this fellowship is to teach kindergarteners about these options,” he adds.

SeedMA is a program run by the state’s new Office for Economic Empowerment. It is new to Worcester, and Medina is one of two fellows working with a program coordinator on community outreach. Its goal is to help parents of kindergarteners in the Worcester Public Schools open college savings accounts for their children.

“We give the kindergarteners 50 dollars to open up the account, so right out of the park, we’re giving them some money toward their college savings account,” Medina says. “Beyond going to events and dressing up as Batman to do read-alongs, this job involves a lot of networking and making connections—calling community groups and churches around the city to promote the program.”

Working for SeedMA has been a great introduction to grassroots organizing, Medina says. “My generation is so used to quick results, and the grassroots is really slow. The small wins are what matter.”

It also is giving Medina an outlet for his interest in financial literacy—something he’s been curious about since he was young, when his mother would take him and his siblings to the bank and talk about her income, expenses, and what she planned to do with any money that was left.

“It was more like a game for me. I loved learning how to budget and save money,” he recalls. “I had those skills early on, but there are some other students who may have never learned that from their parents or from school.”

Medina is trying to start a financial literacy club here at Worcester State before he graduates in May.

“I wanted to start a club for students to [learn about] financial terms and…how to balance a checkbook—all these things that I feel are important as adults to learn,” he says. “That’s why I’m taking the steps to lay the brick, so to speak.”

This is just one way Medina has stayed busy during his time at WSU. He also has been a Presidential Student Ambassador for two years, worked briefly for the Latino Education Institute at WSU, and held internships with the Boston Federal Court, Worcester Police Department’s Crisis Intervention Unit, New England PRIDE TV, and WSU’s Garden for All Ages.

After graduation, he will continue working for SeedMA over the summer, helping to organize financial literacy classes. He also applied to be a court advocate for domestic violence victims at the YWCA and signed up to be a 100 Males to College mentor in the fall.

Medina recently took the civil service exam in hopes that he will become an officer in the Worcester Police Department. 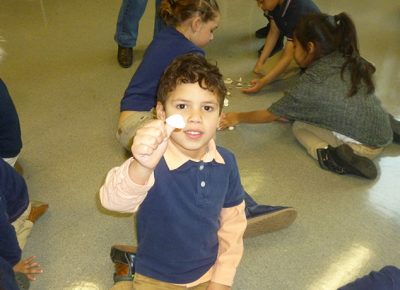 Four classes of kindergarten students from Chandler Magnet School walked across the street on a snowy late March Friday to go to college at Worcester State University. Assistant Professor of Biology . . .