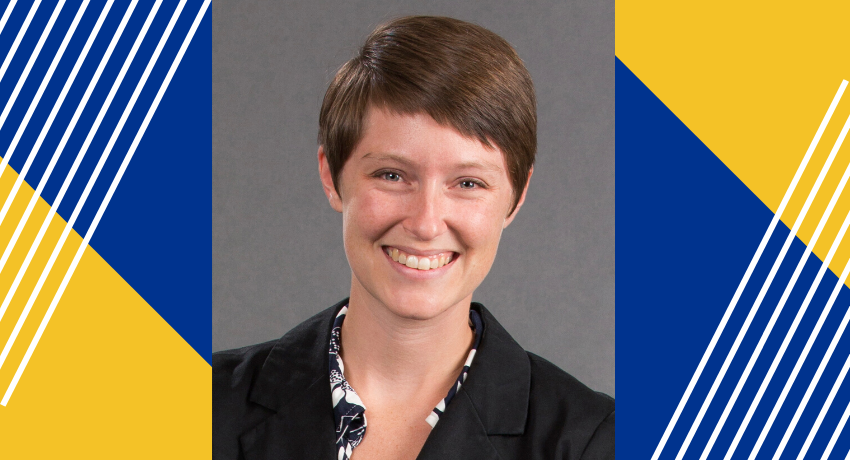 Dr. Burgess: Be Mindful of Your Anxiety and Take It One Day at a Time

As we face the daunting challenges of a global pandemic, Alexandra Burgess, Ph.D., wants us to be mindful of our anxiety. It’s good advice for a time when situations we’ve never encountered before can feel terrifying and overwhelming.

Burgess is assistant professor of psychology and a former therapist in private practice. Many of her clients came to her for anxiety issues, something we all perhaps can relate to a bit more readily these days. So how do we handle increased anxiety and stress?

An important part of it, Burgess says, is implementing the standard good mental health practices that we don’t usually give much attention to during normal times. “But now we’re living in this crazy time in this crazy world, where we actually need to actively think about our mental health and protect it in the same way that we do with our physical health,” she says.

It’s important to do both, however, because physical health is the basis of mental health, she says.

“We’re all going to be experiencing anxiety, and your ability to cope with that anxiety—to feel it, experience it, handle it, regulate it—is partly dependent on just how well you slept and whether or not you’re well-nourished and whether or not you are exercising your body,” she says. “Doing those things is actually really important for your mental health as well.”

When anxiety does come up, how do we regulate it? One helpful strategy is the practice of mindfulness, Burgess says.

“The reason mindfulness can be helpful right now is because it’s a practice that helps you just stay in the present moment and not live in the future, not live in the ‘what ifs’ of tomorrow, or the worries about what’s happening,” she says. “In times of uncertainty we feel even less capable of predicting what’s going to happen, so we feel less in control and more anxious.”

Mindfulness can be practiced in different ways. It could be with one of the many online guided meditations in which someone is gently guiding you through a relaxing visualization. Or, on your own, you might try picturing yourself in an imaginary space, like you’re sitting and watching a creek or a river go by. “Then, as you have thoughts, you practice placing those thoughts on leaves or sticks and watching them continue down the river. and then you return to your spot on the river,” she says.

The practice of not letting your mind wander can be very hard in the beginning but, like most things, it gets easier with practice so it’s important not to give up on it too soon, she says.

“It’s one of those things where people say, ‘Oh, I’ve tried it, it doesn’t work,’ but it’s a lot like exercise.  You can’t say, ‘Oh, I tried basketball one time and I didn’t hit my free throw.’ You’ve got to work at it a little bit. You’ve got to practice it.”

What are the benefits that come from sticking with a mindfulness practice?

“It does a couple of things,” Burgess says. “It helps prevent anxiety from getting worse or even from coming up in the first place, if you’re able to practice it to the extent where you notice when that starts to happen. You want to learn to be actively aware of what’s going on inside your mind, which is something that not a lot of us think about much. It kind of feels like our thoughts just happen to us, but we actually can establish some control over our thoughts or get better at recognizing a thought that causes anxiety as it comes up.”

How does that work?

“As soon as it pops up into your head, you’re like, ‘Oh, there you are. Hello, I’ve seen you before. I’m going to just put you over there and come back to what I was doing.’ So mindfulness is being aware of what’s happening not just in your present physical space but also in your mind so you don’t get lost following those anxious thoughts that then connect with each other and just get worse and worse and bigger and bigger. You end up catastrophizing everything because you’ve spent 30 seconds thinking about it. So, sort of cutting that off a little bit.”

Mindfulness is not just pretending we aren’t living in an anxious time, however.

But the current scenario is different. No one is sure what life is going to look like in two weeks, four weeks, or a year from now.

“We just don’t know,” Burgess says. “So probably the better coping mechanism right now is just be mindful, to just take it one day at a time, a minute, or an hour at a time, and just try not to dwell too much on what is going to happen, because we can’t plan our way out of it right now.”

If you’ve never practiced mindfulness before, there are a lot of resources online that can introduce you to the concept. Among online offerings that Burgess likes is one called Headspace. “It’s nice because it has a free version that you can try and see if you like it,” she says. Here’s a link to the free trial: https://www.headspace.com/mindfulness. Another possibility is https://www.thehonestguys.co.uk/  as well as many other online options. 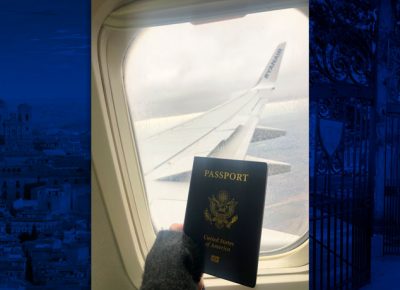 Director of International Programs Katey Palumbo talks about how the worldwide coronavirus pandemic affected Worcester State students who were studying abroad during this spring semester, or were . . .