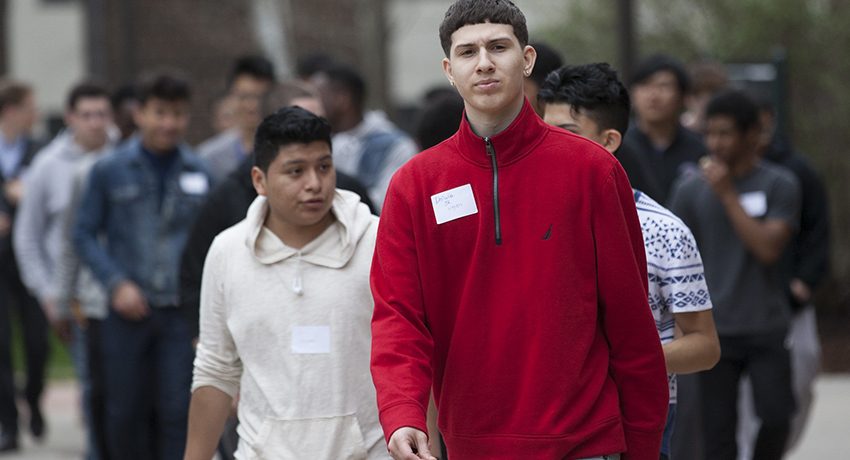 Education Officials Kick Off 100 Males to College Program at WSU

About 75 young men in high school gathered on Worcester State University’s campus Thursday, April 27 for a campus tour, relationship-building activities, food, a motivational speaker, and more as part of an orientation to Worcester’s 100 Males to College program, which aims to better prepare young men for post-secondary education.

A few dignitaries also cheered on the students, encouraging them to continue to participate in the initiative, which provides free college classes, summer field trips, assistance with college applications and access to a “broad brotherhood of support.”

“Worcester Sate University hopes you will join us for this definitely helpful, possibly life-changing, and above all, fun, opportunity that we will offer in the coming months,” said WSU President Barry Maloney.

The other college partner in the program, Quinsigamond Community College, had its mascot, the Wyvern, present for the festivities, along with Chandler, the WSU mascot. QCC’s Brothers & Keepers program counselor, Ricky Frazier, served as co-master of ceremonies, with WSU Office of Multicultural Affairs staff associate, Kevin Karanja.

Organizers were aiming to enroll 50 students in this initial phase of the 100 Males program in Worcester.

Patricia Marshall, Ph.D., representing the Massachusetts Department of Higher Education, which funded the program, said she was someone who attended Upward Bound, and credited experiences she had in that program as setting her up for academic success.

“While you may not see it for several years,” she said, “you will gain a growth mindset” that will have you advocating for yourself and achieving. “We already know that you are destined for success, and we are here to help you achieve your dreams.”

The DHE launched the first 100 Males to College program in Springfield in 2015. One hundred percent of those program participants graduated high school, and 96 percent of them enrolled in college. Worcester schools data show a growing gap between the number of females attending college as compared to males, and this program aims to help address that challenge.

Worcester Mayor Joseph Petty said he was the first in his family to attend to college. “I didn’t know what I was doing,” he confessed, when he was filling out his college applications. (He went on to earn a college degree.) “Take advantage of the mentor programs. Worcester State and QCC are here to help you.”

Worcester superintendent, and longtime high school principal, Maureen Binienda, said that in all her years working with high school students, “it was knowing about colleges and having a mentor that were areas that I knew needed to be stronger.” She credited this program for addressing that need.

Motivational speaker Joe Corazzini, a Worcester State alumnus and director of community resource development for Framingham Public Schools, offered his own words of encouragement as well as his own experience with higher education.

He acknowledged that the decision to pursue higher education may seem daunting and unattainable, but with the proper support and mindset, it was possible.

“Insecurity and doubt live within all of us,” said Corazzini. “The most successful people take the time to process these thoughts and concerns, not just in their minds, but putting it out into the world to hear it back.”

He challenged the students to live by his mantra: “My success is only limited by my ability to imagine where I want to go and who I want to be.

“We are all slaves to our imagination,” he said. “If you can’t imagine where you want to go, and the work that you need to put into it to get there, then you never are going to be able to reach it. Because sometimes you have to overcome what others believe you can be.”

About the Photo: Worcester high-school students tour the Worcester State campus as part of the 100 Males to College event. 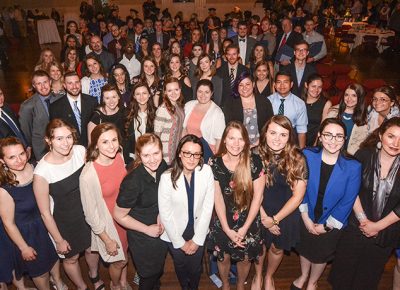 Academic major awards were given for students with the highest grades from every Worcester State University department, while dozens of named awards, many backed by scholarship donors, were presented . . .