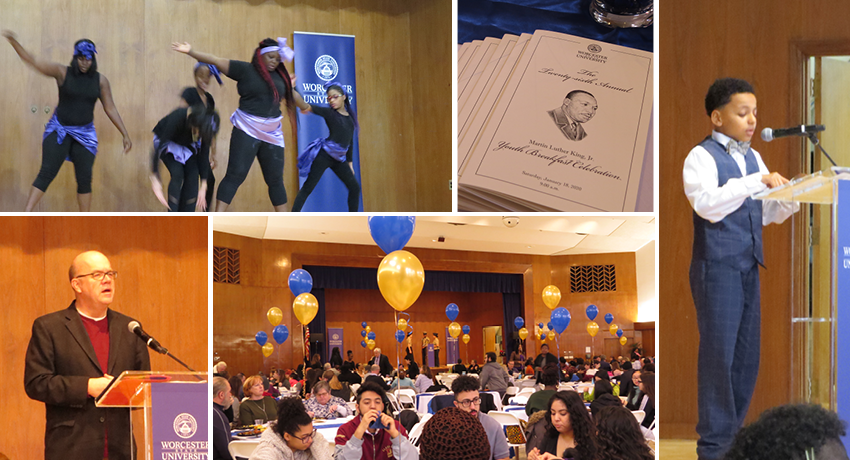 Equity and Action at Heart of M.L.K. Jr. Youth Breakfast

Approximately 350 people gathered in the May Street auditorium on Saturday to honor the memory of the late civil rights leader Martin Luther King, Jr. Now in its 26th year, this annual event brings together people of all ages from Worcester and surrounding towns to celebrate King’s birth and legacy.

In his opening address to the crowd–which included members of Worcester’s city council and school committee, as well as nonprofit leaders from around the area–President Barry Maloney lauded the ongoing efforts between Worcester State University and the Worcester Public Schools to provide equitable access to quality education for all of Worcester’s K-12 students. This partnership, he said, “has deep roots in Worcester.” He added, “The spirit of inclusion represented at this event is a spirit WSU strives to attain every day.”

The program also included an appearance by U.S. Rep. Jim McGovern, who approached the podium with a message of action for the youth in attendance. “Sometimes when you look at what’s happening in this country, it’s easy to be filled with despair,” he said. “But the young people here know the hard truths, and they are going to be the ones to fix this country…They will be the ones to teach us to say no to racism, no to bigotry, and yes to progress.”

Worcester City Councilor-at-Large Khrystian King echoed McGovern’s sentiment prior to awarding the M.L.K. Jr. Youth Service and Community Service awards to Trinity College student Mercy Unoh and Worcester District 1 Councilor Sean Rose: “Choose to be leaders. The world out there is cold right now, but you can warm it up, one choice at a time.”

The audience was treated to a wide variety of musical performances, including a rendition of “Lift Every Voice and Sing,” led by vocalist Vanessa Ford, who encouraged the crowd to join in and sing what has long been considered the National Anthem of Black Americans. Attendees also enjoyed dance and spoken word performances by a variety of local youth performing arts groups.

Three Worcester State University students were awarded scholarships at the event: The Olivia Spencer Scholarship went to biology major Bernice Mensah ’20; and the Martin Luther King, Jr. Youth Scholarship was awarded to business administration major Alexander Papageorgiou ’22 and psychology major Tyreke Mason-Gayle ’20. “I’m very excited and grateful to be awarded this scholarship,” said Mason-Gayle, who added that he plans to pursue a career in music therapy.

Twenty-six Worcester school students in grades seven through 12 were recognized on stage for their submissions to the event’s annual poetry contest. 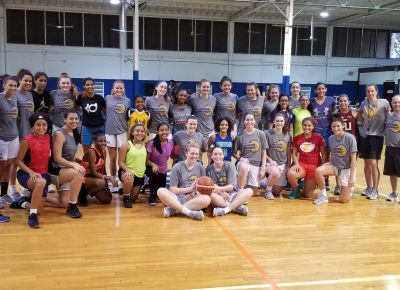