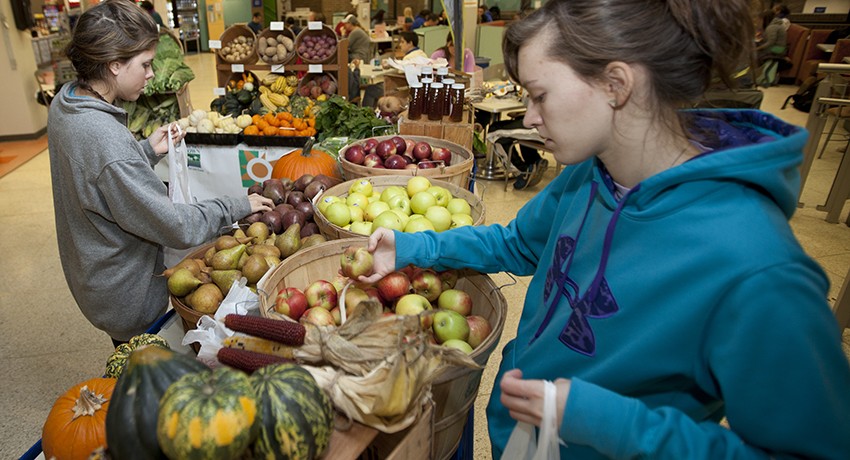 The Worcester State community was out in full force last week for the 7th annual Sustainability and Food Day Fair. From teach-in talks such as “Food Policy Matters!” and “Antarctica, I’m Melting!,” to vendors such as 350 Massachusetts and Worcester County Beekeepers, the two-day festival remains a powerful reason why the campus is known for being green.

“It was a great fair,” says Sustainability Coordinator Steve Bandarra, one of the organizers. “The vendors that participated were impressed by the interest expressed by our students.”

With locally-sourced food and engaging debate and conversation, the fair takes on two of the biggest issues of our time: climate change and the politics of food. In September, the People’s Climate March took over the streets of New York City, where over 300,000 people demanded global action on climate change and sustainability practices. And the Worcester State community is doing its part to make those actions come to life.

“It opened my eyes to the corruption of the food industry,” says senior communication student Robert White, who attended the talk “The Right to Know: Labeling GMO Foods.” “Even students who don’t attend school here look at Worcester State, see a campus that cares about change and making students more aware of what is going on around them.”

Students, faculty, and staff also took part in film screenings such as James Cameron’s Emmy winning series on climate change “Years of Living Dangerously” and “The World According to Monsanto.”

As participation in the Food and Sustainability Fair grows each year, so does the knowledge and affect that Worcester State students have on the world around them. Students are motivated to get involved with work that will make people healthier and revitalize our planet.

White says: “Sustainability Day is good because it raises awareness about important things. Students have the opportunity to experience different workshops and use the knowledge they gain to make better decisions in supermarkets and in their daily lives in terms of making life choices toward building a sustainable future.” 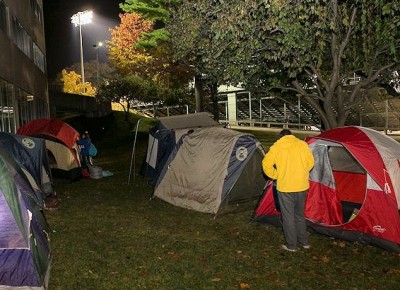 Over 600,000 Americans today are considered homeless. But this number is only a fraction of the real total, as many who have become homeless remain hidden from society. But those who are willing to . . .