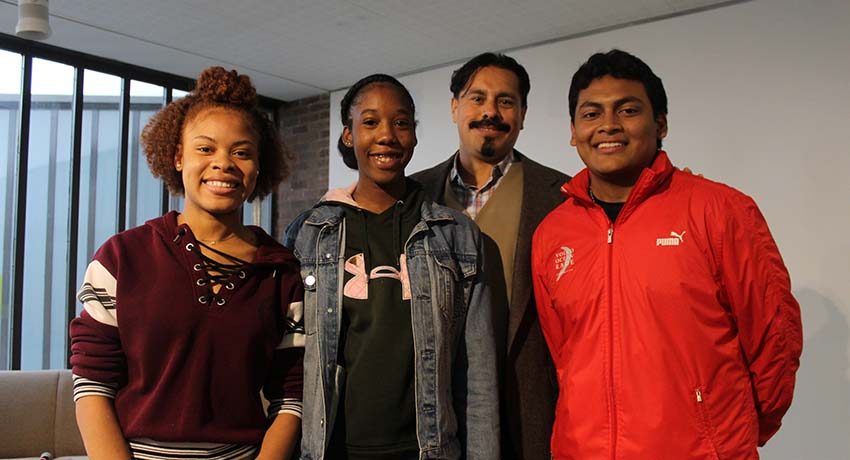 Garcia-Guevara: Refugees Are Running for Their Lives

Most refugees caught up in the crisis at our border with Mexico are actually running for their lives, not trying to escape poverty, according to Professor Aldo Garcia-Guevara, Ph.D., of the history and political science departments in his talk “Immigration and Issues Facing Current Refugees.” The talk, which took place on Tuesday, Oct. 1, is one of several events being held throughout October in observance of Latin Heritage Month.

Garcia-Guevara, an expert on El Salvador who spent his sabbatical there in 2015, has traveled to Central America several times and has been asked to be an expert witness in cases involving migrants seeking asylum in the United States. The “current refugees” wording in his talk’s title refers to the fact that the numbers of migrants, their demographic composition, and what they face at the border has changed considerably in recent years. “In 2011, over 90 percent were single adult males and 90 percent were Mexican nationals,” Garcia-Guevara said. “That has changed dramatically.”

The Trump administration has adopted a more aggressive policy toward migrants than had been followed previously,including,for a time,separating children from their parents and holding them in what immigration activists say were unsafe and often inhumane conditions.In support of that and other controversial measures, the administration has argued that most migrants do not face life-threatening situations in their home countries and so cannot rightly seek asylum.

“They say ‘It’s not really because these folks are fleeing true and immediate danger, right?’,” Garcia-Guevara said, in a take down of that questionable narrative. “The justification is that somehow these folks are lying, that these are just economic migrants. You’ll see that language a lot of times, that they’re fleeing poverty and they’re not fleeing violence.”

But most actually are running for their lives, according to Garcia-Guevara. He said the story of one young woman he had heard about was a common one.In El Salvador and other parts of Central America,gangs control many neighborhoods and even some of the paths to the border from one country to another. These gangs require regular payments from people who live in the territory they control. The punishment for missing one can be death. The young woman he knew of had been making extortion payments regularly but then she was unable to work for a while and so had to skip one.“

All of a sudden her entire family is in danger,” Garcia-Guevara said. “Other people who, for whatever reason, were not able to make some payments, they’re told they must abandon their houses. They must get out. Their family’s threatened, and this happens over and over again.”

But even getting out can be costly.

There are entire neighborhoods in which the entry and the exit is controlled by gangs, so a payment may be required even to leave it. Then, if they manage to get past their own country’s border patrol agents, the refugees might finally get into Mexico. However,the long journey through that country is so fraught with danger that many of them pay $2,000 to $4,000 to a “coyote,” an illegal guide who smuggles them through to the U.S. border.

That’s where they meet the not-so-friendly U.S. Border Patrol agents, who actively discourage migrants from crossing into the United States and applying for asylum. News agencies report that armed agents stand midway on a bridge between Mexico and the U.S. to stop migrants from even crossing, he said.

“But even then, if you managed to present yourself to someone who’s a U.S. official on the other side, in most of the courts you’re going to have, at best, a 10 or 12 percent chance of being granted asylum,” Garcia-Guevara said. “This is after potentially enduring being separated from your family and being held in custody in essentially a private prison—they’ll claim that you’re not actually in prison, but if you’rein custody and you’re in an orange jumpsuit, it really does feel a lot like prison—and, even then, the chances of gaining asylum are slight.”

In response to a question from the audience about what we might do to ease the situation, Garcia-Guevara had several suggestions, including: A more cooperative strategy of economic development between the countries of North America and Central America; investments in Central American countries to encourage development; decriminalization of the gangs themselves; and a way to bring them back into the community as legitimate workers and business people.

“So, part of it is, how do you improve conditions in the countries themselves and how do you create, then, collaboration between the countries so that there’s a process of asylum and protection for those who are seeking it,” he said. “Right now, the physical crossing through Mexico is extremely dangerous and scores of thousands of people disappear along that path.”

Among upcoming free events being held in observance of Latin Heritage Month at Worcester State:

Venues are all in the Student Center. Events are sponsored by the Multicultural Programming Committee and many committees, academic departments and offices at Worcester State including the Third World Alliance, the Office of Multicultural Affairs, History and Political Science, World Languages, English, Ethnic Studies, Urban Studies, Philosophy and Sociology departments, and the Urban Action Institute. 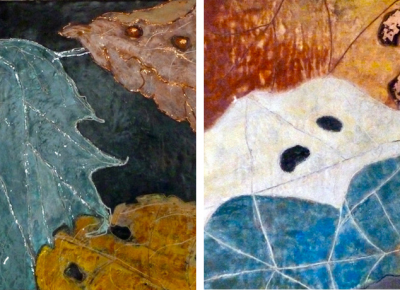