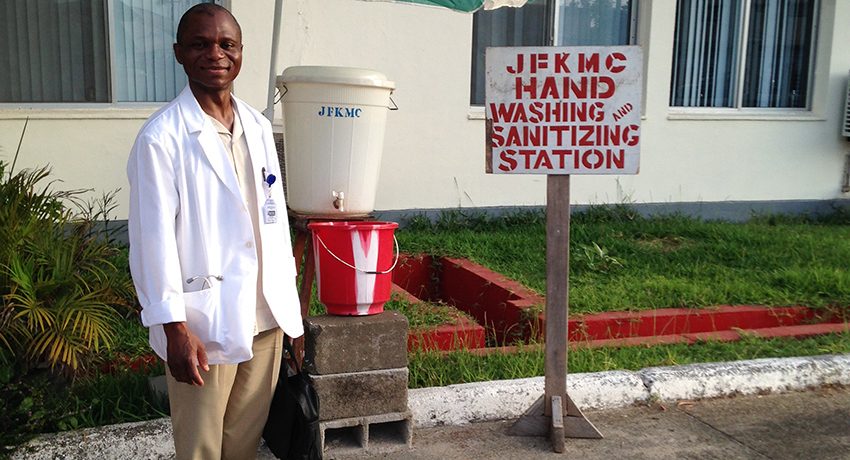 With the United States’ immigrant population expected to rise to 18 percent by 2065, according to the Pew Research Center, and a lack of foreign aid to African countries embroiled in conflict, national and local nonprofit organizations have begun to step up their outreach efforts both at home and abroad.

Two alumni of Worcester State University’s Master of Science in Nursing program, Lovo D. Koliego-Narmah and Moses Z. Makor, are doing their part through the Diaspora Nurses Health Initiative, a 501(c)3 organization they founded that serves the African immigrant population of the city of Worcester, the surrounding area, and African nations in need. According to its mission statement, the DNHI aims to “render holistic transformational healthcare needs to African immigrants in the United States and to the deserving population in Africa, through volunteerism, community empowerment, and donation of medical supplies.”

Although based in Worcester, the DNHI also works with impoverished and at-risk communities in West Africa to increase access to health care and also deliver much needed medical supplies. DNHI never charges any fees for services or supplies provided.

In addition to having two Worcester State alumni founders, WSU has another connection to the DNHI: Associate Dean of Nursing Stephanie Chalupka, Ed.D., who serves as a member of the board of directors.

“I think DNHI is important because it is truly an organization that grew out of the community it seeks to serve,” she said. “Individual empowerment and self-determination for those served by DNHI are central goals of the organization.”

The roots of the Diaspora Nurses Health Initiative began in the fall of 2014 during the Ebola outbreak in West Africa. Koliego-Narmah and Makor, both originally from Liberia, worked quickly to launch a local response by answering the call of the Liberian Association of Worcester County to raise awareness and reduce fears about how the disease spreads. With Worcester County being home to more than 5,000 Liberians, the Ebola crisis pointed to a critical health need. As graduate nursing students at the time, they led community campaigns and raised money to fight the spread of Ebola.

Makor and Koliego-Narmah went even further by completing the Advanced Ebola Treatment Unit training offered by the Centers for Disease Control and Prevention as part of the M.S. in Nursing program and working at the JFK Hospital in Monrovia, Liberia, during the 2015 spring semester.

The DNHI is part of a larger trend of health outreach groups that serve specific populations, but remains unique in one particular aspect.

“The entire organization is almost completely financed by the nurses who lead it, so there is tremendous personal investment in [their] mission,” Chalupka said. “The work accomplished by this small cadre of dedicated nurses is truly inspirational.”

Their work is also in high demand. Immigrants and refugees frequently work in occupations with high fatality rates, such as construction, material moving, and transportation, which result in higher rates of workplace injury. They are also particularly vulnerable to health and financial crises if they need extended medical care as a result of an accident or sudden onset of disease, even if they covered by health insurance. Transportation, making appointments, and taking time off from work are also major obstacles to getting the medical care they need.

And with the possible repeal of the Affordable Care Act, the Diaspora Nurses Health Initiative may face even greater challenges in providing their services to their target population.

“DNHI receives no federal or state funding, so the repeal of Obamacare would not impact its financial viability,” Chalupka explained, “but the impact on DNHI would be a great increase in the number of people in need for services and there may be many less options for DNHI to refer to.” 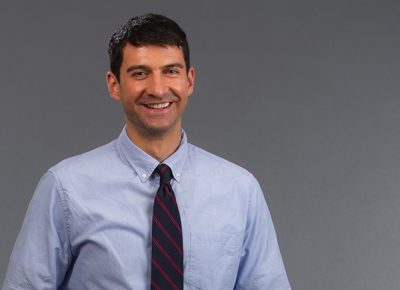 Jee Receives Federal Grant for Psychology Study with other Universities

Benjamin Jee (Psychology) has received a U.S. Department of Education/IES Grant for the research proposal “Exploring the Spatial Alignment Hypothesis in STEM Learning Environments" with partners . . .