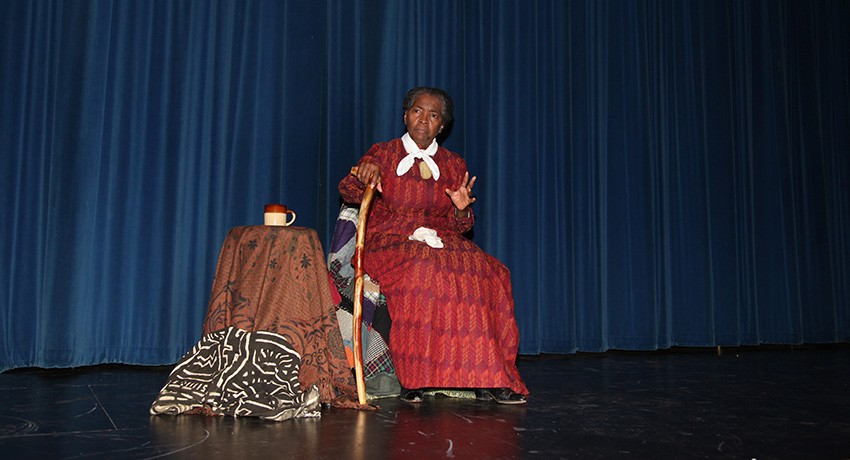 As Harriet Tubman, Gwendolyn Quezaire-Presutti told the story of Harriet’s life and involvement in the Underground Railroad to life for Worcester State and Worcester middle- and high-school students on Wednesday, March 14 in the Sullivan Auditorium.

Her performance was part of the Department of History and Political Science’s multi-year commemoration of the 150th anniversary of the U.S. Civil War.

“The culture of the United States today was affected by this horrific event, the American Civil War,” said department chair Frank Minasian.

After viewing a 20-minute inspiring video about his life as a congenital amputee, Dave Stevens told students, "You can do anything you set your mind to." Stevens gave his "Impossible Dream" lecture . . .