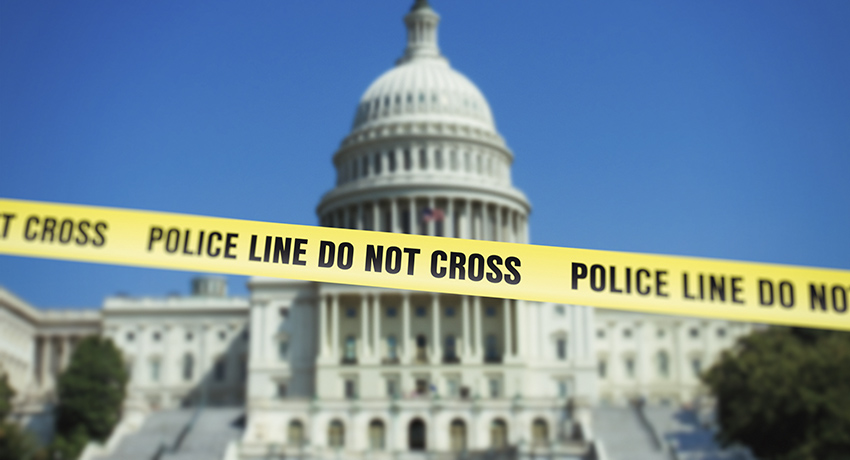 From fascism to mitten memes, the uprising at the Capitol and its aftermath reflected issues and emotions as it reverberated through our society in countless ways. To lend coherence and perspective to the chaotic event, Worcester State University faculty members recently offered an online panel discussion titled “Teaching and Learning from the Attempted Coup of January 6th.”

Panelists and their topics were:

Moderators for the discussion and the Q&A that followed were Aldo Garcia-Guevara, Ph.D., and Tona Hangen, Ph.D., both professors of history and political science.

The panelists each presented remarkably insightful and extensive analyses and comments in the 15 minutes each was allowed. Here are some excerpts:

Briesacher, a Germanist, spoke about legitimizing structures in the establishment that enable events such as the Jan. 6 insurrection.

“The biggest thing to keep in mind is that Nazi Germany did not necessarily have a sudden seizure of power,” she said. “There were democratic structures that were used to break down democracy—using the vote to destroy democracy was an overt goal of the Nazi Party once it became an electoral organization, as well as using uprising and political intimidation.”

There is a history of similar tactics being employed in the United States. Briesacher cited the coup in Wilmington, N.C., in 1898 when white supremacists overthrew a duly elected city government, and the Colfax massacre in Louisiana in 1873, when Black men were murdered by white Southerners who had formed a militia.  They were among thousands of African Americans killed by domestic terrorists like the Ku Klux Klan who tried to suppress voting rights and other freedoms gained by Blacks after the Civil War.

Briesacher said other comparisons can be drawn between Jan. 6 uprising and the fascist or Nazi movements in Europe in the 1920s and 1930s, as well as other fascist movements such as Peron in Argentina and Franco in Spain.

“The biggest thing to keep in mind is the establishment has to let it happen,” she said. When a disruptive fascist figure first arises, it’s easy to be dismissive.  Even as Hitler was named chancellor, the stance of establishment politicians was, “We can totally use this guy. He’s nutty. He’s going to go away. This is never going to have staying power,” Briesacher said. “But within a month of Hitler being chancellor, we have the Reichstag fire, the Enabling Act, and a very quick descent in the destruction of democratic structures.”

Democratic structures in Germany at the time were weaker than those we have here, and they had been more recently formed.  Nevertheless, she said, “We can see that our institutions held, but the only reason they did is because in particular places, enablers did not enable and that’s something to keep in mind as we begin to unpack all of this.”

Mabardy, who teaches ninth and 10th grade, spoke about the effects of social media, especially memes, and the need for teachers to prepare students not only with reading and writing skills about also critical thinking skills.

Memes, she said, might seem somewhat frivolous compared with other information sources, but it’s important to think about them because they’re so deeply rooted in the culture that they’re created in.

Students have constant access to a wide variety of social media platforms—things like Facebook, Instagram, Snapchat, TikTok—all platforms that easily lend themselves to producing and viewing memes. “So, our teens are consuming this on a regular basis,” she said.  “And about half of Americans get their news from social media, which can be incredibly dangerous if we are not promoting critical thinking skills.”

Memes, or an image or video that reflects something of cultural relevance, allow anyone to engage with the media and comment on cultural phenomena. “You don’t need to have any credentials to create something that will be spread so widely,” she said. Among recent memes she cited was the one of curmudgeonly Vermont Sen. Bernie Sanders at the with his Nordic-patterned mittens at the Biden inauguration, an event the insurrectionists had sought to delay or scuttle.

The attack on the Capitol elicited a wide variety of responses on social media, underscoring the need to teach students how to think critically about ideas and images they come across. “We need to be teaching them to evaluate the general context in which the document was created, to think about the reason why the document was produced and the intended audience, and to ask who authored it, what we know about them, and what their perspective is,” she said.

Standfield spoke about how neo-Nazi and white supremacist groups target children and young people for recruitment and radicalization through manipulation techniques that are often quite subtle.

“A regular internet user is likely to come across some of these manipulation tactics without realizing it or even seeking them out,” she said. “I’ve had well-meaning students in my classes turn in work where they cite some of these sources and YouTube videos without really realizing what they are and thinking they’re credible sources of information.”

One way to steer clear of this purposeful entrapment is to avoid recommendation algorithms, especially YouTube’s Up Next algorithm she said. “This algorithm, in particular, which recommends videos for you to watch next, has been shown to expose users to misinformation really quickly,” she said. “You don’t even have to go that far. If you go onto YouTube’s homepage, it’s got videos from places like Prager U, which falsely presents itself as an institution of higher education but is actually a vehicle for hyper-partisan information on the internet.”

Groups that seek to recruit and radicalize share a common a desire to appeal to our worst instincts. “They want to sow division, oppress minorities, and destroy our democratic institutions,” Standfield said. “The internet and social media, of course, are double-edged swords. They provide perfect tools for achieving these goals, but you can develop your media literacy to help avoid falling into some of these traps.”

Haller drew many parallels between the events of Jan. 6 and Reconstruction, a time when white supremacy and the rights of black voters clashed, often violently.  She pointed out that the Capitol insurrection reflected the struggle for voting rights that Black voters faced in the years following the Civil War and still face to this day.

“The storming of the Capitol was all about ‘Stop the Steal,’” she said. “Trump lost the popular vote by seven million votes, he lost the Electoral College, he lost 87 court cases challenging the election results, and yet he is claiming a stolen election. That maneuver is only possible if you believe that black votes are suspect. But if we go back to Reconstruction, there is a long history of linking the idea of black voting to be, by definition, fraud.”

Haller closed her comments on a hopeful note by quoting Amanda Gorman, the young poet who spoke at the inauguration Jan. 20. “These three lines really spoke out to me, so I want to end with those,” Haller said. “…It’s because being American is more than the pride we inherit. It’s the past we step into, and how can we repair it.’” 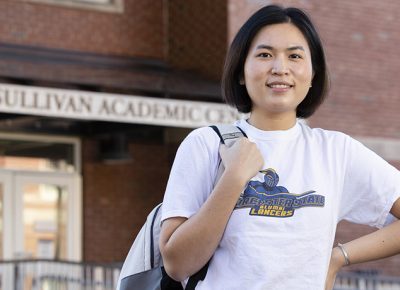 When the campus shut down in March 2020 due to COVID-19, Quynh Doan ’21 found herself in a precarious situation. Home is more than 8,500 miles away for the international student from . . .