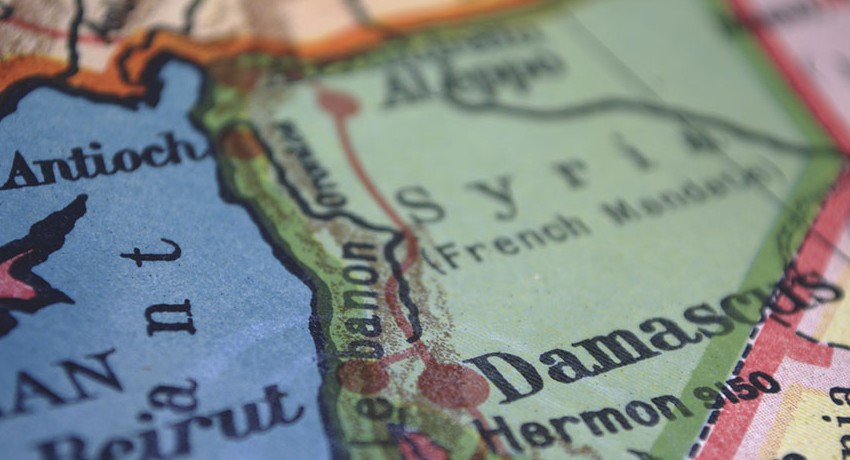 There is a street named the Champs Elysees, a teeming, broad avenue where you can buy almost anything you want from a wedding dress to a washing machine – if you can afford it.  But the shoppers on this street aren’t the well-heeled tourists and fashionistas of Paris. Instead, they are impoverished Syrian refugees of the Zaatari camp in Jordan and their Champs Elysees, named with knowing irony, has sprung up in the midst of a dusty tent and caravan settlement that has grown to become the country’s fourth largest city, with about 129,000 inhabitants.

The goods in the shops along Zaatari’s version of the famous French boulevard usually aren’t the latest style, make or model, but the fact that entrepreneurship defies such difficult circumstances is a testament to the resiliency of the human spirit, according to Madeline Otis Campbell, assistant professor of Urban Studies at WSU. Campbell gave a talk on global migrations and refugee issues with a focus on the Syrian refugee crisis recently as part of Worcester Research Bureau‘s twelfth and final 2015 Fairman Cowan Collegiate Lecture, held in honor of the bureau’s 30th anniversary.

Campbell was joined by associate professor of public relations Dana Janbek of Lasell College. Campbell, Janbek, and Melissa Wall of California State University have made several trips to the Middle East to study the crisis. The researchers will focus next on the domestic counterpart to their Jordanian studies as more Syrians resettle in the Commonwealth.

“This is not the first refugee crisis and chances are it’s not the last, but it’s certainly the largest of our time,” said Janbek, who was born in Jordan and lived there until she left to enter college in Louisville, Ky., when she was 17. “It’s not easy to find the right words to describe the magnitude of the problem,” she said.

To give an idea of its extent, Janbek said half of the population of Syria has been resettled over the last four years. About 7 million people have moved to another location within Syria and about 4 million of them have gone to neighboring countries.  Turkey, Lebanon and Jordan have taken in the most, together more than 3.5 million refugees.

For context, Janbek asked the audience to imagine all the people of Canada moving down into the United States. That would increase the population of this country by 10 percent and have a huge impact on the economy, unemployment, healthcare and food and water resources.  The kindly perception most Americans have of Canadians likely would sour very quickly.

“This is an example of what has happened in Jordan,” Janbek said.

The United States is slated to take in 10,000 refugees, which has ignited heated debate even though that number pales in comparison with the magnitude of the crisis as it is being experienced in the Middle East.

In addition to describing conditions of the camps, Campbell and Janbek discussed their research into how refugees use cell phones as a means of communicating.  The cell phone is both an emblem of economic globalization and a response on the part of refugees who desperately need information:  on the source of their own aid, on what is happening back in Syria, and on how family members back home are faring. They seek this information amid a state of constant instability and insecurity – a situation Campbell calls  “information precarity.”  (Read more about this research.)

As aid agencies such as the united Nations High Command for Refugees (UNHCR) find themselves stretched ever more thinly, refugees continue to try to make the best of a worsening situation. The many small shops that have sprung up on the main street in Zaatari include a pet shop, a store that sells and rents wedding dresses,  places to buy groceries, appliances and just about anything else, including the vital cell phones. There is even a computer lab. Although there is no Internet connection, refugees can play video games there for a fee, to help pass the time.

“The Champs Elysees is an amazing sight to behold and it’s all unregulated,” Campbell said. “The UNHCR and Jordanian government turn a blind eye to this informal economy because they realize that very limited and dwindling mount of support that refugees receive from the state and international organizations is insufficient to make a livelihood so the informal economy is really the only way that people are able to make a living.”

Janbek sees the impromptu economic activity as a sign that humans will strive to overcome unfavorable conditions, even those as harsh and protracted as they have been in the camps.

“What all of this really demonstrates is the resiliency of the human spirit as all these refugees are put in a community with difficult circumstances yet nevertheless they’re trying to recreate some aspect of the life they had back home by creating jobs for themselves, by getting married, by having children – all these aspects of life are continuing on,” she said.

This story is an edited version of one written by freelance writer Nancy Sheehan for Worcester State University. 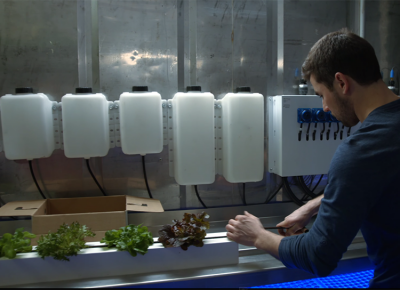 While “farm-to-table” is a dining movement that is rapidly spreading, Worcester State University is the first campus in New England to practice “freightfarm to table” – where the “farm” . . .