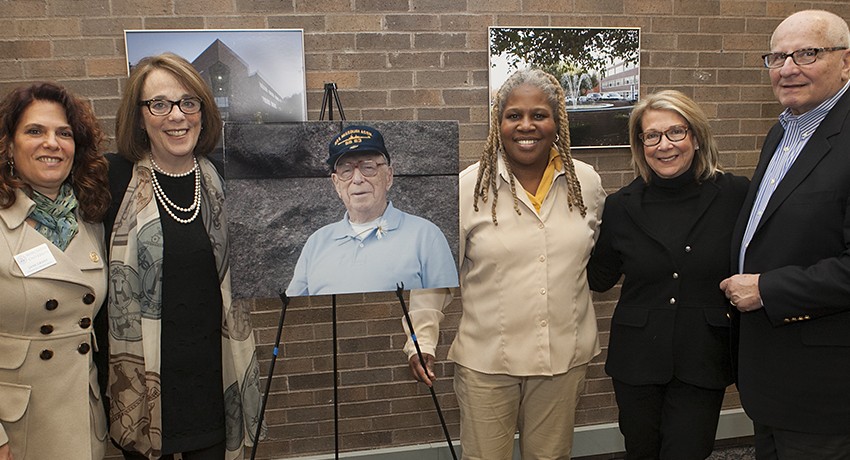 Community gardens are a way of starting the conversation about healthy, organic foods in communities where people are largely uninformed, and in a country where 40 million people are hungry or food insecure, community activist Karen Washington told about 100 students, faculty, staff and members of the community at the annual Cyrus Topol Memorial Lecture at Worcester State University on Tuesday, April 2.

“People think that those who live near garbage are garbage,” she said. “But something that had been devastated and ugly started to look beautiful.”

Since 1985, Washington has worked to transform trash-littered vacant lots in her neighborhood, the Bronx, into community gardens. She is a board member and former president of the New York City Community Gardens Coalition, a group that presides over approximately 700 community gardens in the Bronx today.

“I’ve had kids tell me that a tomato is grown in a supermarket,” she said. “The further we move away from the land, the further we are detached from our food source.”

Washington knows how important it is for the people to become responsible for the change. In 2009, she co-founded Black Urban Growers (BUGS), a volunteer organization devoted to perpetuating the food conversation in urban communities.

“If we’re going to change the system, we’ve got to start from the bottom up, with the people,” she said. “We must raise our voices and shovels together!”

Washington cited NYC mayor Bloomberg’s controversial soda ban as a small, but misguided, step in the right direction. She proposed laws that would give incentives to healthy businesses, limit the amount of junk-food in grocery stores, and limit the amount of fast-food restaurants in communities.

Washington advises people looking to get involved in the food conversation to visit farms, eat a meal with a stranger, and to purchase food wisely.

Maureen Power, professor of Urban Studies and director of the Intergenerational Urban Institute, introduced Washington and commented on why she is a good choice for this year’s Cyrus Topol Memorial Lecture.

“Cy was always on the forefront of good things,” Power said. “Hunger was a very crucial issue for him.” 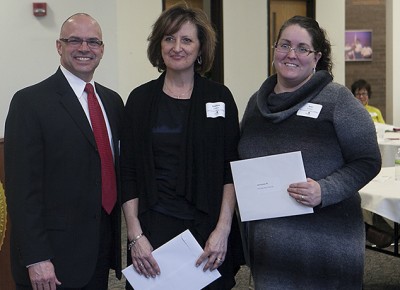 Worcester State University students Mary Goodale and Amy Keenan and Professor of History and Political Science Aldo Garcia Guevara were among the 2013 Colleges of Worcester Consortium’s Student and . . .