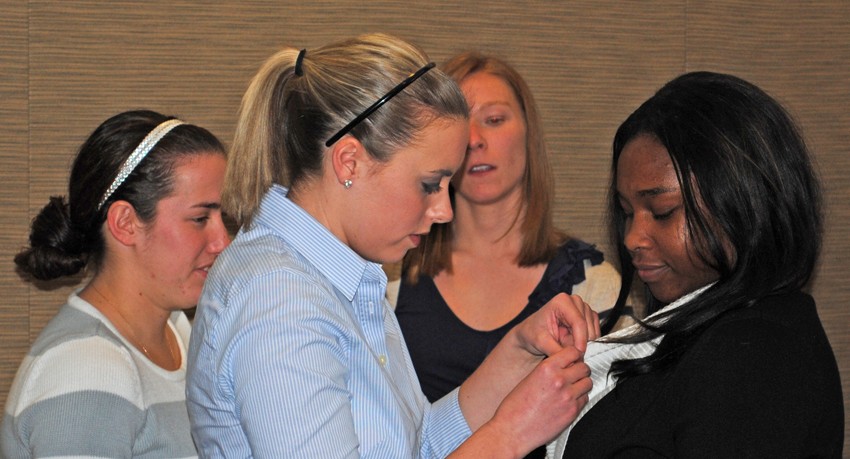 The Worcester State University Lambda Rho chapter of the Alpha Sigma Phi National Criminal Justice Honor Society held its 2012 induction ceremony in the Seven Hill Lounge at Wasylean Hall on November 27. Alpha Sigma Phi recognizes students who earn a grade point average of 3.3 or higher at the University. This year’s inductees were recognized for their attention to scholarship and dedication to WSU.

At the conclusion of the ceremony, inductees were asked to speak about the importance of their education at WSU and what it meant to be accepted into the honor society. Several parents spoke with pride and about the ceremony, and how motivated and articulate the honorees were.