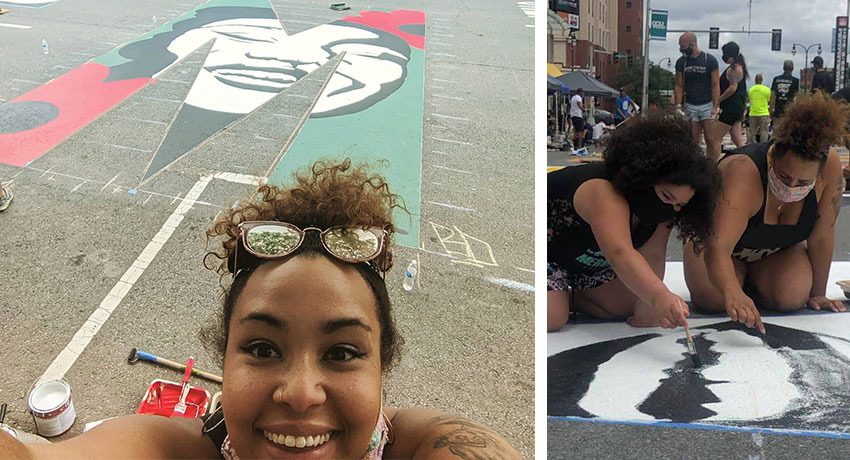 Assistant Director of Marketing Hana Lasell was one of 16 artists whose work was featured in a Black Lives Matter street mural painted on Major Taylor Boulevard on Wednesday, July 15. The community-organized project involved dozens of volunteers who used road, spray, and deck paint to bring the artists’ vision to life, making a powerful—and highly visible—statement of support for the social justice movement.

Lasell says she was asked by Deputy Cultural Development Officer Che Anderson to submit a design for the mural on Sunday, July 12. She worked late into the evening to refine her idea and was overjoyed when her submission was accepted. Her colorful, joyful portrait of a Black woman can be seen in the letter “M” of the giant street mural.

“I like to focus on faces in my work,” says Lasell, who has never shown her artwork in a formal way before. “I also wanted to feature Black joy, because while the Black Lives Matter movement is serious and important, it’s not just about gloom and doom and sadness. I think it’s important to show all sides of the Black experience and remind people that we are multi-dimensional human beings like everyone else.”

While other artists transferred the outlines of the selected designs onto the street, volunteers helped paint between the lines. Lasell and her young daughter joined the painting effort in the afternoon to finish her creation.

“It was very well organized and cool to be a part of,” says Lasell. 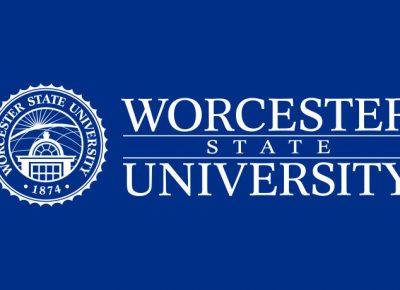 Seven Worcester high-school students were awarded scholarships recently by the Latino Education Institute (LEI) at Worcester State University. Each student was recognized for their leadership role in . . .