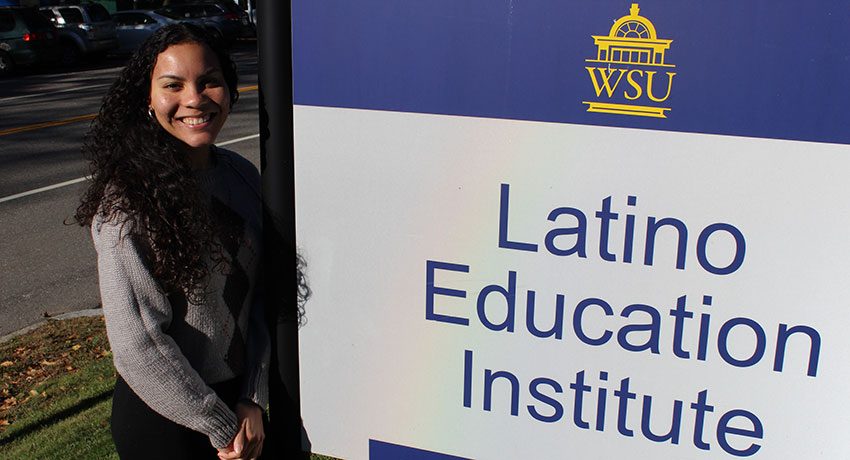 When Hurricane Maria smashed into Puerto Rico in the pre-dawn hours of Sept. 20, 2017, Alexandra Pizarro was still asleep. It was the ferocious, wind-driven rain coming in between the panes of the casement windows that woke her up.

“I touched my face and it was wet,” she says. “I was, like, ‘What’s this?’ The water was coming in really hard all over my room. I stepped out of bed and there was three inches of water on the floor.”

She shook her sister awake and they ran to the living room, where other family members had already begun to gather. “They were all huddled together with candles and praying,” she says.

Pizarro’s prayer in that moment was to just make it through the relentless storm alive. But in the sunny calm that followed the hurricane, she could see that her ordeal was far from over. The island had been devastated and its 3.4 million residents faced a humanitarian crisis of epic proportions, without electricity or safe drinking water, and with only limited food and medical supplies available.

Like many others throughout Puerto Rico, Pizarro’s family chose to leave the island as the months wore on with deteriorating conditions and no help in sight. They had relatives in Worcester, so they came here. Worcester State University’s Latino Education Institute (LEI) had been reaching out to help Hurricane Maria evacuees coming into the city and connected with Pizarro and her family. She now is a second-semester student at WSU, and also works part-time at LEI.

Recently, LEI received a grant to aid in its efforts to help families such as the Pizarros. The $20,000 award is from Massachusetts United for Puerto Rico, a fund created just over a year ago by Boston Mayor Martin J. Walsh, Governor Charlie Baker, and The Boston Foundation to help relief and recovery efforts in Puerto Rico and support evacuees arriving in the Commonwealth because of the destruction in the wake of Hurricane Maria.

The grant is particularly welcome because, while LEI has an educational mission, it has been pressed into wider service lately because of the hurricane refugee situation.

“Of course, you drop everything to help people because they need it,” says Hilda Ramirez, LEI executive director. “But we’re not a social service agency. We’re not designed that way, but people have been knocking on our doors.”

LEI has done whatever it can, including helping to organize cultural events so the refugees feel less isolated in their new, unfamiliar environment, Ramirez says. The grant will help LEI handle the increased demand for assistance for everything from English language classes and housing to warm clothing, when all you’ve got is clothing suitable to the tropical climate of Puerto Rico.

“We help families make the transition, whether it’s in the public schools, in college, or referring them to services in the community for things like work force readiness and housing,” she says. “We’ve been collaborating with other community resources. Friendly House, for example, had a lot of people that needed coats for the winter. They came to us and said, ‘Can you help out?’”

The grant also supports the work of Carmen Rosado, the family liaison at LEI who has a background in counseling. Rosado works with refugee families like the Pizarros as well as others who have even more challenging problems. “There are families with handicapped people, or people with mental health issues and special education issues as well,” she says. In conjunction with other area agencies, she helps them in their search for housing and employment and in navigating the education system, with a focus on helping those who have enrolled at Worcester State or might be interested in doing so.

Not Your Typical Hurricane

Pizarro says the people of Puerto Rico are used to hurricanes. “They are always announcing a hurricane is coming,” she says. “So, we usually think ‘All right, a little wind and some rain but we’ll be OK.’  But when Hurricane Maria hit, it was an out-of-this-world experience.”

As flood waters pounded their house, the Pizarro family began frantically bailing with buckets, but they were soon so exhausted they had to stop. There was nothing left to do but pray for the storm to pass. “You could hear the doors shaking and the windows rattling,” she says. “My dogs were barking and they were crying because it was so scary.”

The aftermath proved to be a different kind of horror. There was no electricity or clean water. All the roads were blocked by downed trees. The Pizarros fired up a portable generator they owned but it gave out after three days. The few hundred extra dollars her father had taken out of the bank as part of their hurricane preparations was dwindling. The state-of-emergency conditions also meant that her father, a truck repairman, no longer had a job.

After enduring the challenging conditions for two months, the family felt it was time to take action. “My father just decided that, ‘It’s going to be six months or over a year to get our power and water back. Let’s just make the sacrifice and move to the States where my sister lives and she can help us,” Pizarro says.

Getting off the island would not be easy, however. There were planes operated by the military and a handful of relief organizations that shuttled evacuees to the mainland, but there were only a few and you never knew when one would be available.

“Then word goes out ‘A plane is leaving at 3. Whoever can make it go to the plane and they will take you,’ “Pizarro says. “My mom was, like, ‘Let’s go. Let’s go.’  We had maybe an hour to prepare.” All she was allowed to bring with her was what she could fit into a backpack.

Pizarro had started college in Puerto Rico, but the hurricane put a halt to her studies. After her arrival in Worcester, a local social service agency connected her with Worcester State and she enrolled last spring. After some struggles finding housing, Pizarro now lives with her family in an apartment not far from the WSU campus. She also works in retail sales at a mall. The hope is that, with her new part-time job at LEI, she will be able to let go of the mall job soon so she can give more attention to her studies and campus life.

“We sat down and tried to think about how we could support her,” Rosado says. “One of the ways was ‘Let’s see if we can hire you in one of our programs instead of you commuting to a job so that you can focus more on you studies so you can take advantage of being on campus.’”

Pizarro still misses friends and family in Puerto Rico and many challenges remain for her, including the financial concerns most college students face these days. But, with the help of LEI, she feels more grounded now that she is a few steps closer to her goal of becoming a veterinarian someday.

“I feel a lot better now because when I first came here I was scared,” she says. “I didn’t know anybody here. In Puerto Rico you know everybody. Everybody is family.  Here people are more distant, a little colder. So, it was big change. But now I have friends. I know how to get around and go in out of college and my work. I’m a bit more settled now and quite a bit happier.” 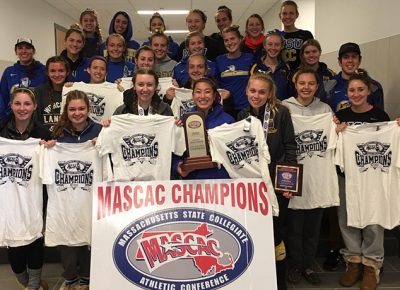