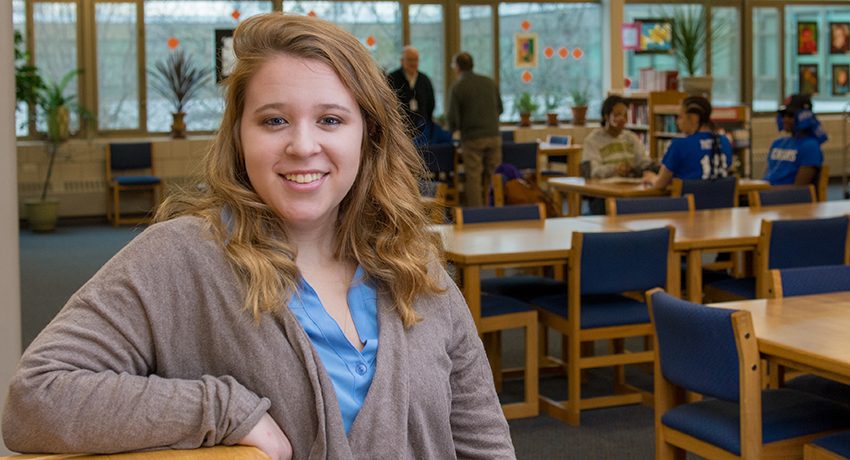 Learning Civic Lessons in and out of the Classroom

When sophomore and history major Isabelle Alera was elected to her hometown’s School Committee in November, she became its youngest member. Her election also made her one of Worcester State’s most civically active, engaged, and informed students.

“My goal was to go to school for history and become a history teacher,” Alera says. “And I’m still going for that, but my passion is more politics now.”

At Worcester State, she found the perfect combination for her interests. Her major is giving her a solid foundation in history, while her minor in secondary education is preparing her to teach the subject at the high-school level and her minor in political science is informing her budding career in politics.

Things came together for Alera starting in her senior year at Leominster High School.

While she was a high-school senior, she followed the effort by teachers to secure a pay increase. Eventually, the teachers went on strike.

Alera was motivated to attend School Committee meetings because her mother was one of the teachers who would lose her job. “We had auditoriums full of people at that time,” she says.

Alera spoke up at the meetings, but believed overall that little progress was made. “There was arguing and pointing fingers and blaming, but nothing was getting done,” she says.

Amidst all the turmoil, Alera discovered that the person who held her current seat was leaving and decided to be the first candidate to enter the race for the Ward 3 seat. Two other candidates eventually announced their intention to run. In the end, she had only one opponent, Joshua Klaus.

Balancing the demands of campaigning—knocking on doors, holding signs at street corners, delivering yard signs—with going to college full-time and working part-time was a challenge. “I have a twin sister and we commute together,” Alera says. “I always did my school work while she was in class. So I didn’t have any homework, and I could focus on the campaign.”

The response from Worcester State professors was encouraging. “They were really impressed and wanted to know more about it, especially my history and political science professors,” she recalls. “They were very intrigued about a 19-year-old who was deciding to do this.”

Alera’s age also was a topic that concerned some residents of Leominster’s Ward 3. “I understood where they were coming from, but I would always try to say, ‘I’m a new perspective. I just graduated from the Leominster Public School System. I know what it’s like to be in the high school building in particular,’” she says.

Making her case over and over was only one part of campaigning that Alera learned firsthand. She also used voting records of past municipal elections to determine which Ward 3 voters she needed to talk to either in person or on the phone. Most importantly, she learned how to compete for an elected position against an opponent.

“We had very similar campaigns and stances on the issues, so it’s not that we were very different in ideology,” Alera says.

Alera spent Election Day with her father holding signs outside the Ward 3 polling station. Throughout the day, family and friends joined them.

“It was really nice because I got to talk to the other volunteers of other campaigns and hear their side,” she says. “We were all sharing the same experience in the freezing cold weather on that day.”

When all the ballots were counted, Alera received 966 votes and Klaus earned 722 votes. “That night, I got a call from my opponent that I had won, and that was exciting,” she says.

Alera learned about the level of commitment a School Committee seat requires from other committee members during her campaign. Since the election, she has been focusing on learning the rules and regulations she must follow as a committee member and keeping up with the paperwork members must review before each meeting.

The experience has provided her with an in-depth perspective on topics covered in her political science, history, and, on occasion, education classes and textbooks. For instance, she took a class with an adjunct professor who is a retired school principal.

Now that she’s on the Leominster School Committee, she sees that members “actually do ask for a lot of things because we need to know how much money is going where and what [principals] are doing with the cuts that have been made.” 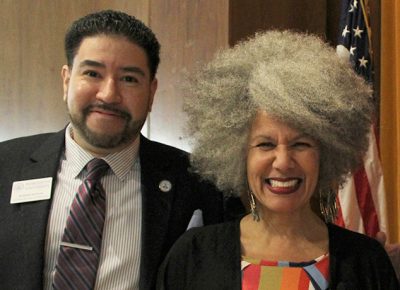 Alumna and Author Speaks About Life as a Transracial Adoptee