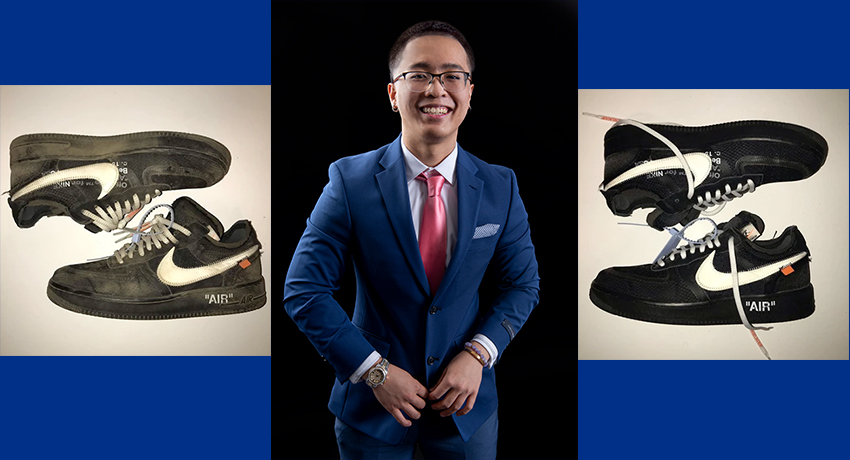 In 2018, sophomore business major Lenny Tran ordered a pair of shoes, not expecting it to change the course of his life. When they arrived, he gingerly opened the orange Nike treasure chest, and parted a sea of tissue paper, eager to see his riches within––a pair of Jordan Bred 13s. The mostly black shoe was adorned with red accents and a wavy sole.

After a short period of time, and perhaps before he truly appreciated them, he noticed the shoes had become worn; the colors had dulled, the edges were frayed, and the back sole detached itself from the rest of the left shoe. They looked nothing like they originally did. His frustration swelled when he learned that the cost of restoring the shoes would be a larger investment than the shoes themselves.

Thus, the idea for a low-cost, local shoe restoration service was born.

In February of 2020, Tran launched The Pablo Way, a service that transforms all types of shoes back to near-new quality. As described by Tran, every pair of shoes starts with a full dirt removal before moving to more specialized repairs, including reattaching soles, touching up chipped paint, and mending creasing on the toe box, plus many others. Lastly, the shoes are freshened up, receiving an odor removal and a pass of protective spray. This process ranges anywhere from 10 minutes to an entire day to complete.

The Pablo Way seeks to combine fair pricing, locality, and speedy return times to penetrate the local shoe restoration market, according to Tran.  There are no similar shoe restoration services in Worcester, and although there are companies outside of Worcester, these services suffer from expensive rates and low efficiency in their turnaround, he says.

In the last decade, the shoe market itself has become increasingly profitable and lucrative. Collectors and shoe enthusiasts, teens and adults alike, have been known to pay hundreds if not thousands of dollars for particularly rare and valuable shoes. Every shoe collector and dealer need a restorer like The Pablo Way, then, to maximize the value of their shoes and return them to their former glory, according to Tran.

Last year, Tran finished as a finalist in the Robert K. O’Brien Next Big Idea business pitch competition, and hopes to qualify again for the 2021 edition. To get there, he is participating in the University’s IDEA Accelerator Program, a semester-long series of activities that helps students validate an idea for a product, service, or social venture, with help from experts from the Center for Entrepreneurship.

Tran says he learned a lot from the 2020 Next Big Idea competition about how to become a successful entrepreneur, and he discovered aspects of business he had never considered before.

“The big lesson I got from that was how to deal with fear. Obviously, going into a competition like that, anxiety is inevitable; to deal with that you really have to just go in, embrace the fear, and act like you run it,” he says.

Tran has big plans for The Pablo Way after this year’s competition and beyond. Among his goals are opening a The Pablo Way storefront, expanding his clientele beyond sneaker enthusiasts, and potentially providing custom detailing and design-work. He does not want to stop with The Pablo Way, though.

“In regards to after college, while owning The Pablo Way, I do want to own other businesses as well. If you’ve ever read The Alchemist, I would classify The Pablo Way as my ‘crystal shop’ moment. Things can go well and I can stop there, but I have other ideas I want to pursue too,” he says.

To see some of Tran’s other restored shoes, as well as more information about The Pablo Way, visit https://www.pabloway.com/ 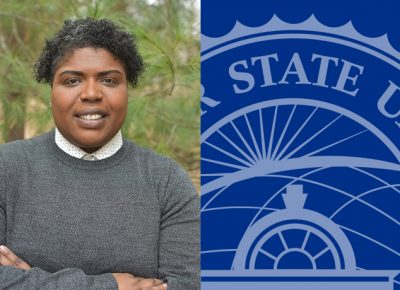 Laura Martinez ‘21 has a big idea that she hopes will help college students better manage their money. “I want to help students from all socioeconomic backgrounds understand the debt . . .