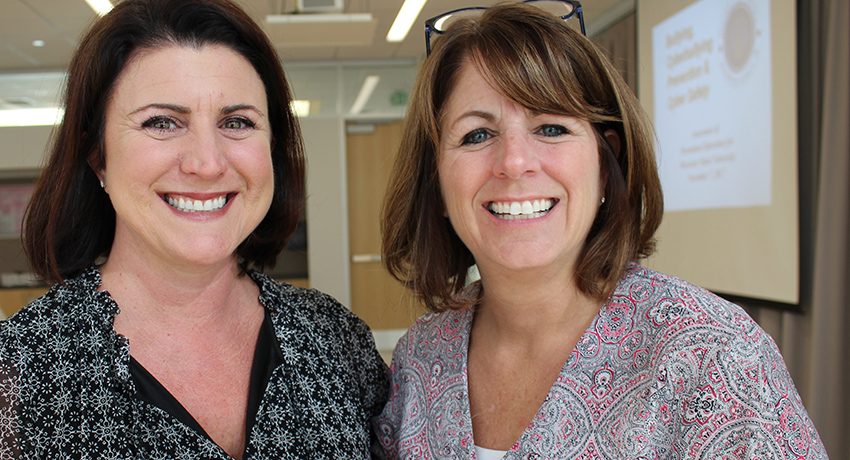 Lunch and Learn Series Addresses a Variety of Health Concerns

A healthy lunch isn’t just about what you eat.

You can get a better handle on health while you munch your noontime meal when the “Lunch and Learn” series kicks off in late January. The five-installment series includes hour-long talks by experts on timely health-related topics, and lunch is provided free. All talks run from 11:30 a.m. to 12:30 p.m. in the Wellness Center, Room 204.

Talks range from the opioid epidemic and the drugs that fuel it to the ins and outs of taking one of the many DNA tests being offered these days. The opening talk, titled “Drugs of Abuse,” will be presented January 31 by Susan Hillis, a licensed social worker who is the treatment director at AdCare Hospital of Worcester.

The series continues February 2 with “Wear Red Day: A Discussion about Heart Disease,” presented by Worcester State University alumna Chrissy Gaffney, who will share her personal story about undergoing surgery at age 12 for a congenital heart condition, and facing further challenges and procedures later.

“She has a great story,” “Lunch and Learn” series founder Jennifer Quinn, health promotion specialist at WSU, said. “It’s also meaningful because we’re collaborating that talk with the Wear Red Day of the American Heart Association.”

On February 21, Assistant Professor of Nursing Cheryl Hersperger will talk about “Your DNA: To test or not to test? Facts & Controversies.” On March 5, Darnell Williams, president and CEO of the Urban League of Eastern Massachusetts, will discuss “The Importance of Socio-Emotional Wellbeing.”

On April 4, just as the always tense push toward final papers and exams begins gearing up, WSU alumna Kristen Lee will present “Reset: Make the Most of Your Stress.”

“That’s a really exciting one,” Quinn said, of Lee’s talk. “She’s a professor at Northeastern and she’s done a Ted X talk. She’s an alum. She’s spoken at Worcester State before and she’s coming back. I’m also excited for this semester because I have Cheryl Hersperger, who is one of our own faculty members here.”

The series, launched in the fall, was designed by Quinn as a way to highlight health topics of interest to students, faculty, staff, and the general public. Topics over the fall semester included Ellen Miller from the Worcester County District Attorney’s office with program on cyber safety.

Miller’s talk included warnings that potential employers increasingly search applicants’ social media profiles and are sometimes put off by the things they find there, which often were just casually tossed off by undergraduates who never thought their postings might come back to haunt them.

Quinn described the ambiance at the talks as “really casual.” She advises speakers that people will be eating while they are speaking. “Then it’s question and answer at the end.”

The WSU health science professors have been especially supportive of the series, coming to the events and bringing their classes, Quinn said. “What’s been exciting as well is I’ve collaborated on some of them with different departments.”

She encourages the Worcester State community to attend one or more of the events this spring.

About the Photo: Ellen Miller of the Worcester County District Attorney’s office with Jen Quinn after her Lunch and Learn talk during the fall semester 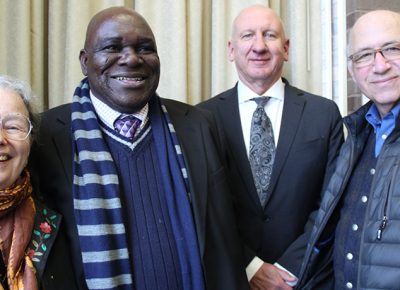 Theatre for Development Can Help Main South and WSU Communities

Visiting Professor Marcellinus Okhakhu, Ph.D., applied the principles of Theatre for Development to the Main South and Worcester State University communities and concluded that WSU should continue to . . .