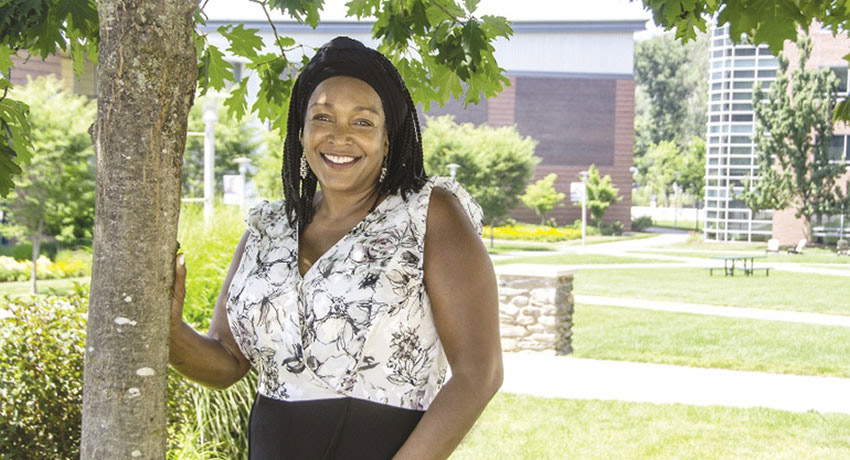 Stacey Luster, J.D., general counselor and assistant to the president for employment and equal opportunity, has been named one of this year’s ‘Power 50’ by the Worcester Business Journal.

The designation highlights the movers and shakers of Worcester County who have effectively wielded power and had an outsized beneficial influence on the community.

This year’s field of honorees were those whose prominent voices offered new direction throughout 2021’s major societal shifts, including the worldwide pandemic and the widespread racial protests last summer.

Luster was honored in the category of education and advocacy. She was named general counselor and assistant to the president in August 2020. In that role, she serves as a critical advisor to President Barry M. Maloney.

“Although Luster has been fighting racism for years, the importance of this work was made clearer to a larger portion of the population in the wake of George Floyd’s murder by a Minneapolis Police officer last year,” the WBJ story states. “At Worcester State University, she oversees the Office of Equal Opportunity on top of her role as one of the top lieutenants on President Barry Maloney’s team.”

Luster was the first Black woman ever elected to Worcester City Council, works to support anti-racism and equal opportunity, and she has co-founded two advocacy groups designed to help those efforts: Black Families Together, which focuses on addressing institutional racism in Worcester; and the Black Excellence Academy, which helps students of color who are struggling in school, the WBJ story, published May 10, notes.

She also was human resources manager for the Worcester Public Schools for 15 years before coming to Worcester State in 2015 as assistant vice president for human resources, payroll, and affirmative action and equal opportunity.

“I am honored to have the opportunity to exemplify how education can transform a Black girl from South High School into a community leader,” Luster says, when asked about her reaction to being selected for the ‘Power 50.’ “While education prepared me for opportunities, I want to recognize a few good men who opened the doors—President Barry M. Maloney, former Worcester School Superintendent John Durkin, and former school department colleague Jack Simoncini. It is my hope that each of the ‘Power 50’ will use their influence to mentor and give access to others who would not otherwise have a seat at the table.”

As far as her future goes, the WBJ story says that “Luster has been so impressive that Maloney recommended she attend a development program for aspiring college presidents, so she could eventually achieve that level.”

On a personal note, the WBJ points out that Luster loves to cook and that as a child she used to pretend to be Julia Child. 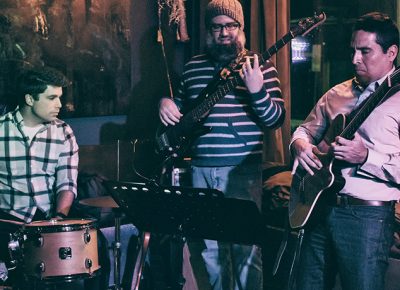 The Greater Worcester Community Foundation has selected the music of Worcester State Visual and Performing Arts Professor and Guitarist Carlos Odria, Ph.D., to be featured in a key video . . .