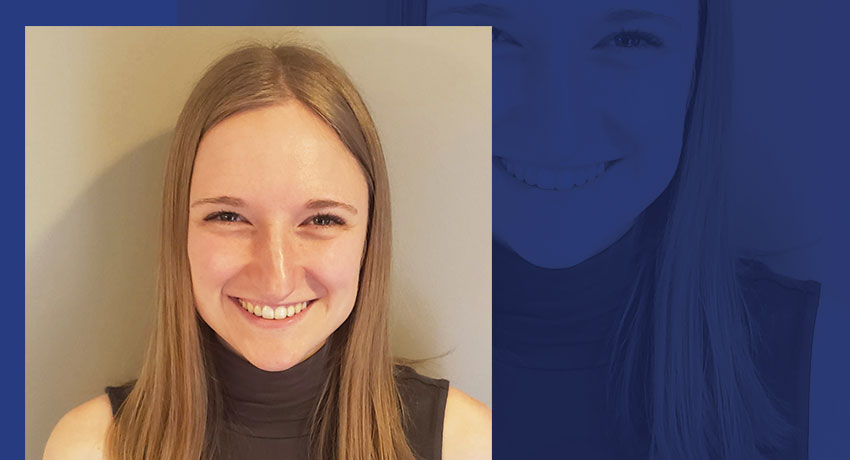 Michaela White ’20 discovered meditation really helped her in managing her anxiety. To share this helpful mental health technique with other students, she started the Mindfulness Meditation Club earlier this year with the help of three friends and two advisors.

Now, in the time of remote learning, the club is continuing to operate through a blog run by White and fellow founding club member Chantal Thomas ’20.

White says she started the Mindfulness Meditation blog [https://mindfulnessmeditation2020.wordpress.com/] to help motivate herself and others to keep up the habits started with the club, and help combat the anxiety and uncertainty brought about by the pandemic. White was “super bummed” about the shift to remote learning and isolation. She had no motivation because she “didn’t have anything to check in with,” she says.

White tries to meditate and write a blog post daily, which gives her a way to reflect and share like she would have during normal, on-campus club meetings.

“Even if no one reads it, it’s still healthy for me,” she says.

When students were still on campus, the club usually drew in 12 to 15 people per meeting, with three or four new members and five “steady” attendees, according to White.

During a typical meeting of the Mindfulness Meditation Club, attendees sat in a circle in a classroom. Then everyone answered one question that changed from meeting to meeting. Next, the meditation began. Normally, members did three or four meditations, which were different each meeting, each lasting about five to 10 minutes, with discussions after each. In these discussions, members asked questions and discussed what they experienced, how they felt, or what it was like.

Despite the switch to remote learning, White uses the blog to keep the Mindfulness Meditation Club operating. She writes the blog and posts the entries, while Thomas promotes them through the club’s social media pages. White hopes that the blog will inspire others to get into a meditation routine and “bring a bit of light to our little corner of the world,” she says on her blog site.

“I wanted to help in some way during this time,” White says.

Two of Worcester State’s theater faculty are participating in this year’s Boston Theater Marathon (BTM). Adjunct professor Rachel Wiese will be appearing in “Interventions” by Greg Lam on Monday, April 20, and Professor Adam Zahler, chair of the Department of Visual and Performing Arts, will direct “Cain” by Alan Brody on Wednesday, April 22. In “Interventions,” a couple’s . . .