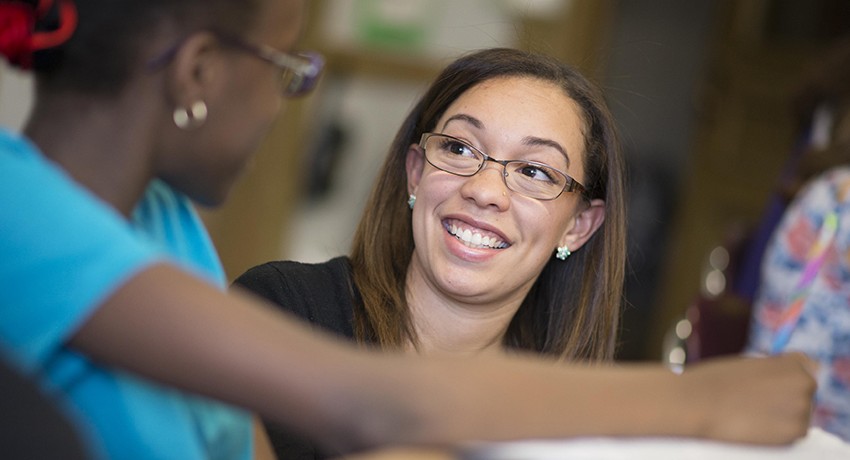 As the first graduate of Worcester State University’s new Mathematics for Elementary Education major, Jennessa Burks’ knack for math quickly turned to passion once she entered the program. She’s at the forefront of efforts to improve math education in the state.

“Children need guidance from people who are passionate about teaching and invested in students learning,” says Burks. “Too often students have negative experiences in math and label themselves as incapable. Everyone is capable with the right guidance, strategies and tools.”

She shared these tools as a student teacher at May Street Elementary during the 2015 spring semester.

Her advisor, Associate Dean of Education Raynold Lewis, Ph.D., says she’s a natural in the classroom. “Jennessa teaches with authority and enthusiasm,” he says. “She represents the kind of graduates that Worcester State sends into classrooms to change the way mathematics is taught and learned.”

When the major was approved by the Board of Higher Education in 2014, Burks was looking for a second major—a requirement for WSU elementary education majors. “I have a knack for math,” she explains.  She graduates on Saturday, May 16.

As a hardworking single mother, Burks realized her dream of earning the teaching degrees with the help of One Family Scholars, a scholarship program provided by One Family Inc. that aims to end homelessness in Massachusetts. The scholarship provided financial help and leadership training during her three years at WSU.

“I would not be graduating this May without the help of the One Family Scholars program,” she says.

Burks had a chance to publicly thank One Family Inc. She was asked to be the nonprofit’s keynote speaker at its recent 15th anniversary celebration in Boston. Oscar and nine-time Grammy winner John Legend performed after Burks gave a speech that earned her a standing ovation.

“The event was the most amazing experience I’ve been a part of and my biggest academic honor so far,” she says. “I never dreamt I would be able to speak and bring an audience to tears. And then to sit front and center while John Legend performed was incredible.”

Although public speaking is one of Burks’ top fears, she felt it was the least she could do for a program that gave her so much.

At the event, Burks said: “True to its name, One Family makes you feel like you are part of a family that you didn’t know you had. For me, the Scholars program has gotten me through some difficult times. When everyone else was asking, ‘Why are you doing this to yourself?,’ One Family was saying, ‘You can achieve your dreams.’”

“Not only will my degree change my life, it will change the future for my daughter,” she told the audience, thanking them for giving all the One Family Scholars “the most powerful tool that can change the world…education.”

It’s a life lesson she will certainly share with her young students. In reflecting on her future after graduation, Burks hopes that she is “able to have an impact on the lives of students as an enthusiastic educator. Education is the most powerful tool we have to change the world.” 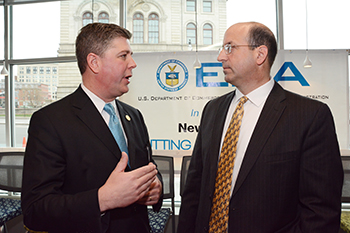 For student entrepreneurs at Worcester State University, it is an exciting time to be part of the community. Recent incentives created will allow for new business ventures and startups – both . . .