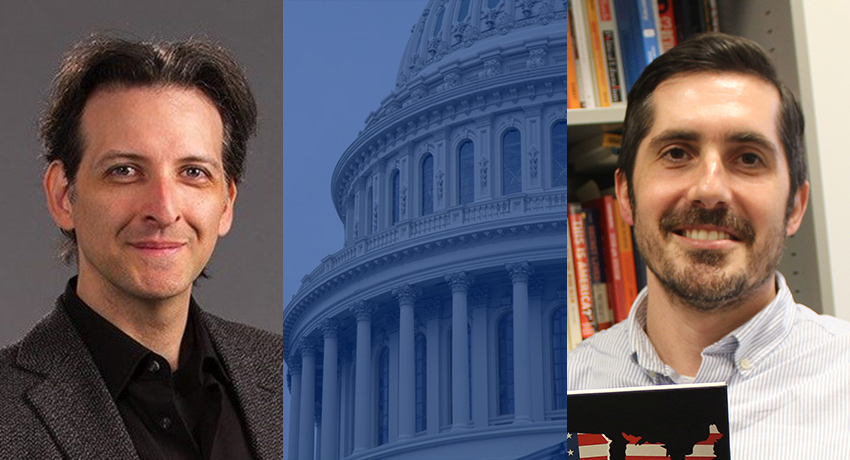 A new major in political science, typically one of the most popular fields of academic study in higher education, will be offered to Worcester State University students beginning in September.

“The unofficial motto for our History and Political Science Department is ‘Now, More Than Ever…’ and it reflects that we are living through a critical and historical moment where the core pillars of democracy are being threatened in disturbing ways,” says Anthony Dell’Aera, Ph.D., assistant professor of political science.

The political science major aims to respond to this challenge by equipping students with an understanding of political actors, processes, and structures; giving them an appreciation for the importance of political participation; and offering a pathway to take part in the political and civic life of their communities and the nation. “Aristotle called politics the ‘master science’ because it influences all aspects of human life,” Dell’Aera says.

“While we found that many faculty members were offering courses relevant to the study of politics in a variety of different departments, there was no way for a student to engage in a concentrated study of politics,” Angelo says.

Etablishing a political science major required developing several new courses and revising existing ones, followed by an extensive university governance process and then approval by the Massachusetts Department of Higher Education.

As Dell’Aera and Angelo began that work, the country was in the middle of a critical presidential election cycle between Donald Trump and Hillary Clinton that heightened many people’s political consciousness, especially among students. “The result of that election intensified the urgency for our institution to offer a more robust political science curriculum that would equip students with the background and the tools to better understand our political reality, its ramifications, and how to get involved,” Dell’Aera says.

The political science major will begin with coursework in the subfields of American government, global politics, public policy, political theory, and legal studies. Students will learn about political ideas that impact society, how different political systems around the world operate, the sources of conflicts at home and abroad, ways those conflicts can be resolved, and the reasons why sometimes they are not.

“Given Worcester’s location as a gateway city, we can incorporate a rich variety of opportunities for experiential learning that will provide hands-on training for our students to be engaged citizens and help prepare them for careers in politics, law, public service, campaigns, consulting, education, communications, and business,” Dell’Aera says.

Angelo and Dell’Aera worked to ensure that the major would be comprehensive in its approach to political science but also offered students practical ways to translate their studies into a career, Angelo says. “We’ve done that by making sure students gain practical experience through either an internship or research experience. So, in a sense, it’s a very practical major for students,” he says.

For some rising juniors and seniors who have been awaiting the new major’s launch, Dell’Aera and Angelo have already been advising them with an eye toward making it easier to declare the major and satisfy its requirements during their remaining time at Worcester State.

A particularly important aspect of the new major is that it helps prepare students to work in politics in various capacities, Angelo says. “There are so many options: working directly for the government, running a campaign, working with a nonprofit organization, working in governmental relations for a company, and several others,” he says. “It provides our students with yet another tool that they can use to positively influence the world.” 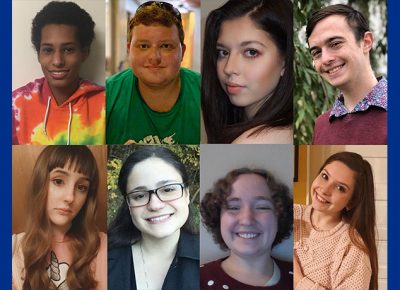 The Visual and Performing Arts Department will open “Dancing with Demons,” a devised, interdisciplinary production by students, faculty, and staff, at 7:30 p.m. on Thursday, April 29 on its YouTube channel: https://www.youtube.com/channel/UCIsqfptFJ6Zx1uPodlFm0Nw. The topical and uplifting production draws on material from Worcester State’s archive of COVID19-related materials to . . .