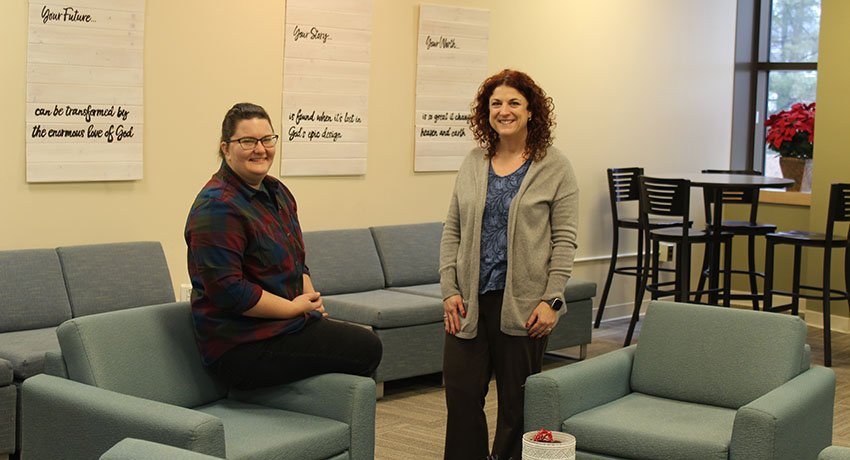 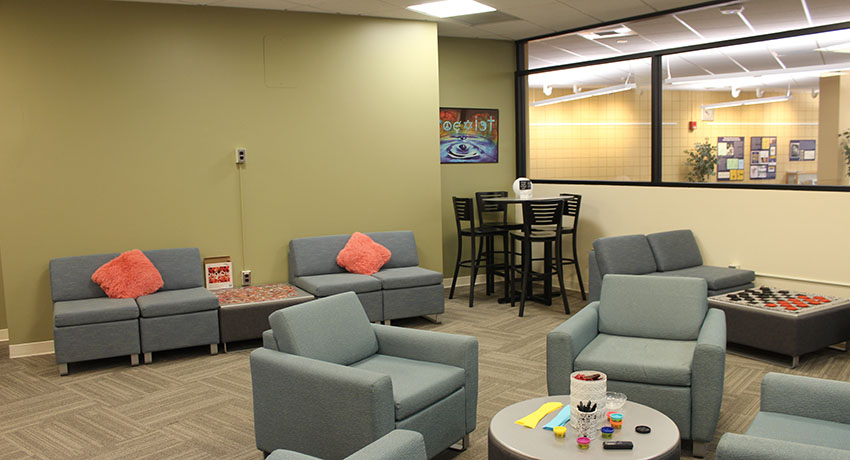 The lounge area of the new prayer and meditation space

Worcester State has a new space where students can focus on religious faith in a safe, quiet setting. The Campus Ministry Prayer and Meditation Lounge, which opened in November in room 236 in the Learning Resource Center, offers a homey lounge area and a smaller room where students can meditate and pray in private.

The space is non-denominational by design to accommodate a range of faiths. “It’s a faith-based space, but also kind of like a self-care space, meditation space, and quiet space,” said Kathleen Youngs, a licensed Protestant minister and volunteer leader of the WSU Campus Ambassadors group. “It’s a peaceful place where students can just kind of stop in and relax or practice their faith.  That was really the kind of the vibe we were going for here.”

To create an inviting, home-like atmosphere, the spacious lounge is furnished with several sofas and comfortable upholstered chairs set in casual groupings. Throw pillows accent the sofas while a table designed as a large usable checkerboard sits between two chairs.

The impetus for a separate prayer room arose after Kristie McNamara, director of the Office of Student Involvement & Leadership Development, received many requests from Muslim students for a designated prayer location. “We wanted to give our Muslim students a private space for prayer throughout the day,” she said. “Space had been made available in Lancer Landing in the Student Center for prayer 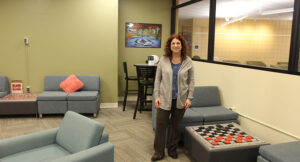 Kristie McNamara stands by an oversized checkerboard in the new lounge

and meetings for any faith-based group, and we also were booking classroom space whenever we could, but it was just not conducive to their needs and not as private sometimes.”

McNamara said students seem to really like the new lounge and prayer space. “We met with the Muslim Student Association and they had some great feedback on it,” she said. Intentionally, there is no religious symbolism in the space so that all groups and individuals will feel welcome, she said. In addition to the Muslim Student Association and Campus Ambassadors, a Christian group, other faith-based organizations on campus include Falafel Friends, which is a Jewish student group that just formed last semester, Christian Fellowship, and Salvation International Prayer Youth Ministries. 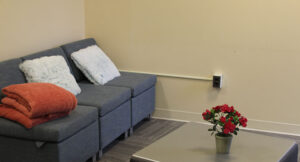 The prayer space is a small room off the lounge

Although the space is intended primarily for spiritual practice, students who don’t identify with any particular religious tradition also are welcome, McNamara said. “We just ask that people respect the space for what it’s intended for in terms of prayer, quiet meditation, community discussion, and things like that,” she said.

In addition to stopping in throughout the day, students can reserve the space for individual or group practice by scanning a QR code located at the doorway to room 236. “Although we opened in November, this is still a work in progress,” McNamara said. “We’ve been slowly building up the décor and the variety of sacred and faith-based texts we have on the shelves, so student input and suggestions would be great.”

Any suggestions or feedback can be directed to campusministry@worcester.edu. 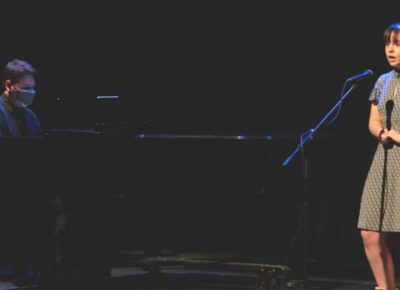 The Visual and Performing Arts Department offers the community multiple opportunities to enjoy musical performances this week on campus. Worcester State Jazz will deliver its semiannual concert at . . .