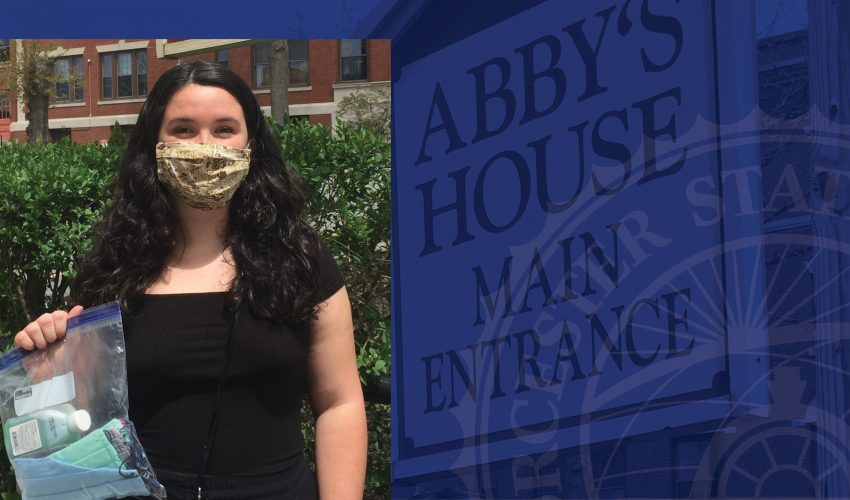 On the Day of her Graduation, Michaela Mooney ’20 Makes Kindness Matter

On a recent sunny Saturday in May, Michaela Mooney ’20 was supposed to be “taking the walk” in a cap and gown, celebrating four years of intense study and engagement of various sorts. Instead, she delivered hand-sewn masks and sanitizer to Abby’s House, a program that provides shelter and affordable housing, as well as advocacy and support services, to homeless, battered, and low-income women.

“My sewing machine broke, but I plan on doing more,” says Mooney, who graduated with a degree in liberal studies in political science and plans to pursue a career in advocacy and law. She has ordered a new sewing machine and plans to continue making masks for folks who might not have access to them.

Mooney has been a picture of engagement at Worcester State for the past four years, most recently for her internship work in Worcester District Attorney’s Office. There her tasks were varied, but included assisting the Superior Court assistant district attorney with case load, including discovery compliance. She reviewed cases for pre-trial session and ADA case assignments and reviewed witness testimony in conjunction with the assistant district attorney. This experience has her well-prepared for a future in advocacy and law school, which she plans to attend after a gap year.

Mooney was also a consistent member of the child care staff at the Central Community branch of the YMCA. Her work there included being responsible for the care of school-aged children, specializing in fifth and sixth graders. She was trained to recognize the signs of emotional and physical abuse, and became responsible for creating a daily schedule to align with the children’s needs, from physical recreation to emotional support. Her work with children susceptible to gang activity also engaged her interest in advocacy and law.

A four-year member of the Community Leadership Experience at Worcester State, and also a participant in the international study away program, Mooney used her desire to reach out to help Abby’s House on the day she graduated from college, a testament to the importance of kindness for those who need it most. 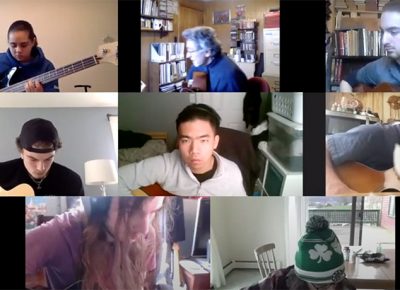 The Visual and Performing Arts Department showcased a digital edition of Exteme ART-ery, which offered a variety of visual and performing arts pieces by students and VPA professors online and via . . .