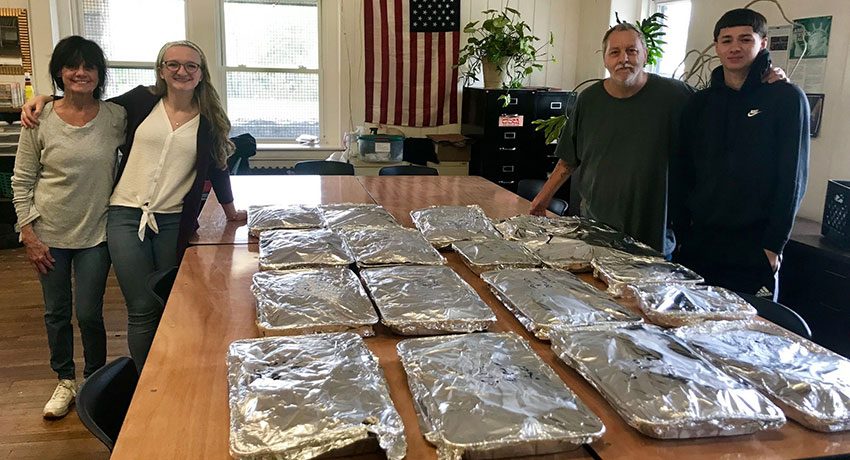 One Student’s Success at Reducing Food Waste at Worcester State

After carrying 18 trays trays of food out of the Sullivan POD and bringing it halfway across the city, Rachel Stelmach ‘21 knew her efforts were a success.

Stelmach, a nursing major, established the Worcester State chapter of the Food Recovery Network (FRN), which was officially recognized in May.

FRN is an organization that supports students in the fight against food waste and hunger in America. When perfectly edible food goes uneaten, it often ends up in landfills. Students in FRN chapters collect food that would otherwise be wasted in campus dining halls and local restaurants and bring it to a partner agency to donate it. Since its inception in 2011, FRN has recovered and donated over three million pounds of food.

Efforts to establish a Worcester State chapter started in the fall and came into fruition in the spring. Stelmach originally participated in an FRN program at UMass Amherst before transferring to WSU. She was thrilled at how smooth the process of starting a chapter was at Worcester State.

Worcester State’s first recovery brought in one tray of food weighing 11 pounds, and the second recovery saved 139 pounds, making a total of 150 pounds of food recovered from Worcester State during the spring semester.

“The second recovery we did was actually much bigger than I had bargained for.” Stelmach says. “I showed up after a catering event and there were 18 trays of food.”

Mixed veggies, pasta, mac and cheese, roasted chicken, and potatoes were some of the foods donated to the partner agency, the South Worcester Neighborhood Center.

While looking into possible partner agencies, Stelmach was impressed by the South Worcester Neighborhood Center’s mission and believes it is a compatible match with Worcester State.

“Walking in, I immediately was under the impression that it was a really positive environment not only for the people who visit, but also for the people who work there,” Stelmach says. “The message they promote on their website and as an organization really resonated with me. They aim to serve as many people as possible.”

While Stelmach has been the only student volunteer so far, she has received help from Nolan Reese, director of resident dining, and Josh Engel, campus executive chef. Stelmach met with them many times over the semester and is grateful for the support dining services has shown.

After the spring semester’s success, Stelmach is looking forward to collaborating with faculty members and recruiting students this fall. She is also interested in speaking to classes to inform students about food waste and the efforts of the WSU chapter.

With more support, the chapter will have the resources to grow and provide assistance to even more people.

“We are really looking to branch out,” Stelmach says. “Some of the things that were talked about would be reaching out to organizations and groups with similar missions on campus.”

The future of the chapter could see recoveries from outside the POD, such as other places on campus, like the WooCafé, or other donors in the area.

In October, Stelmach will be representing Worcester State at the FRN’s conference in Philadelphia.

“It will be a very good opportunity to network, to make connections that will guide our efforts as we move forward and try to navigate recruiting volunteers and partnering with new organizations,” she says. “[The conference] will be a really good push in the right direction.”

Worcester State has had success with food recovery in the past. In 2015, Worcester State was awarded the Environmental Protection Agency’s “College and University” winner of the national Food Recovery Challenge. Furthermore, Chartwell’s Sustainability Commitment highlights the reduction of food waste.

“All of the employees at dining services are committed to creating the right amount of food as needed,” Stelmach says. “As wonderful as it is when there’s excess food, we really only want it to be when a mistake is made. When there’s excess, we are happy to repurpose it, but they do their very best to make sure that they are employing portion control.”

As for the summer, Stelmach is prepared to complete more recoveries. While the next recovery might not yield another 18 trays, even one tray can make a difference.

If interested in being involved with the Food Recovery Network at Worcester State, contact Stelmach at rstelmach@worcester.edu. 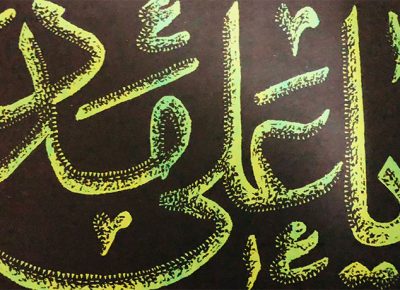 Five Worcester State University students have been accepted into the prestigious Boston Printmakers Student Print Exhibition held on Nov. 17 to Dec. 13 at the Mazmanian Gallery at Framingham State . . .