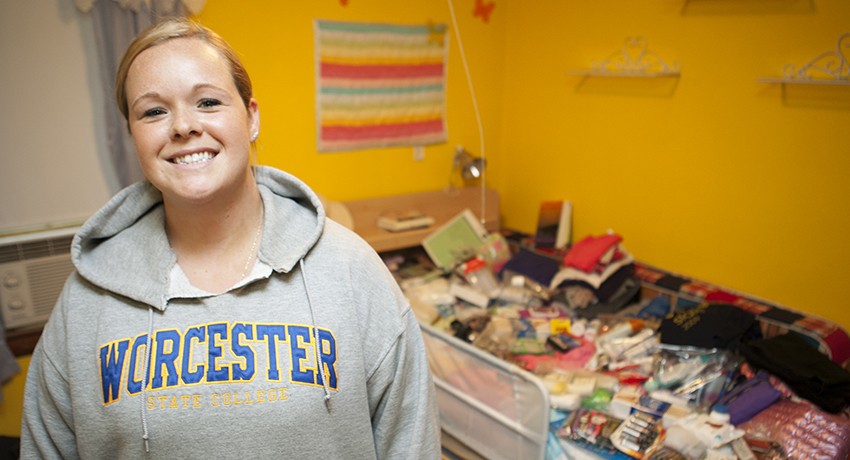 In August, Worcester State University 2009 graduate Stephanie Godfroy will become the university’s newest alumni to serve in the Peace Corps. She will serve as a Corps volunteer in Botswana for the next 27 months.

“Worcester State gave me a taste of working in developing nations, and I really wanted to do more traveling and volunteering,” said Godfroy, who recently left her position as a psychiatric nurse.

Godfroy, a resident of Westford, visited Belize with WSU’s International Health Care Outreach Project five times, once as a senior and four times as a licensed nurse mentoring nursing students involved in the project.

In Botswana, Godfroy will be the only American in the community to which she is assigned. “I’m going to be involved in local government capacity building that’s related to HIV-AIDS,”she said. “I’m truly excited to experience a new culture and to be able to help people in some small shape or form.” (Follow her last days in the United States and experiences as a Peace Corps volunteer by visiting her blog: http://stephaniejoinsthepeacecorps.blogspot.com/.)

Godfroy follows Ryan Craig, a 2012 WSU graduate, and Heidi Biron, a 2011 WSU graduate, into the Peace Corps. Craig, of Whitinsville, left for service in Mongolia in May, intending to be an advocate for health education with a focus on public health. Biron, of Barre, is teaching English at Sichuan Tourism University in China.

“My decision to become a Peace Corps volunteer is probably one of the greatest and most important decisions I have made in my life,” Biron said. “The gratification alone has been the best reward of the job; however, I have also had the opportunity to develop some amazing skills and life experiences that I believe have molded me into someone I could never have imagined I could or would be.”

“That our alumni—Central Massachusetts residents—have found opportunities through the Peace Corps to be engaged in service to others provides an inspiration for our current students to look beyond the usual expectations of a traditional career path,” said Worcester State University President Barry M. Maloney. “The Peace Corps is a special and remarkable calling; that Ms. Godfroy is joining with her recent fellow graduates Mr. Craig and Ms. Biron reflects well on all of us at Worcester State for having prepared them each for their new experiences. It is my hope that we will see many more alumni take advantage of the program John F. Kennedy inspired more than 50 years ago.”

Value, as a noun, has 15 definitions. As a verb, it has three. And while most of them relate to monetary or material worth, Worcester State University also sought to elevate the less tangible and . . .