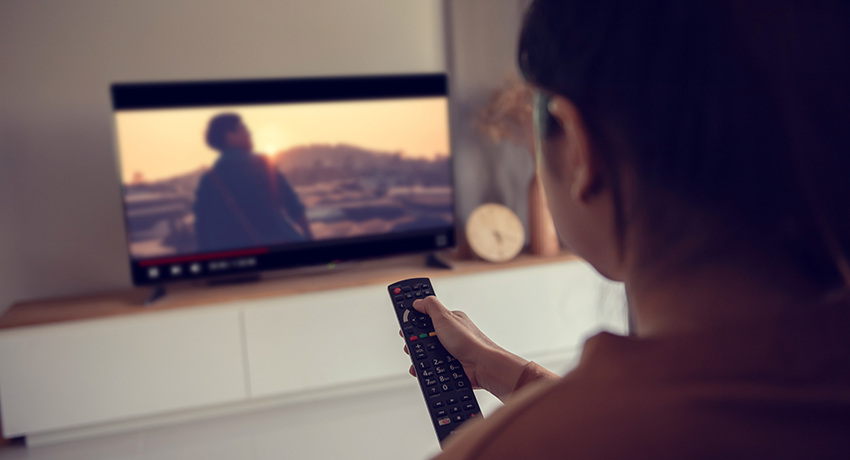 What is the entertainment media’s role in how gender and unhealthy relationships are perceived in America?

That was one of many related topics explored in a wide-ranging panel discussion presented by the SAVE (Sexual Assault and Violence Education) task force in a recent Zoom event. The task force teamed up with Clark University for the presentation, which focused on the media’s depiction of unhealthy relationships in TV shows and movies like “You,” “Unbelievable” and “Promising Young Woman.”

Frazier kicked off the discussion with several points, including viewer reaction to Joe, the male lead character in “You,” a Netflix thriller series. “His character is a murderer and yet, over the course of particularly the first season, which really focused on his stalking and his violence, a lot of viewers were really romanticizing his character saying, ‘Well, he’s still attractive. He can stalk me anytime,’ those kinds of things,” she said.

Martinez said she has noticed a similar disturbing reaction to many TV shows, and sometimes to real-life characters as well.

“The first thing that comes to mind is Americans love a white bad boy,” said Martinez, who immigrated from the Dominican Republic when she was eight years old. “I watched a lot of TV when I was trying to understand and speak the language, and one of the things I remember is Ted Bundy being this bad person, but white women would go crazy over him and write him letters. We get caught up in this bubble of, ‘Oh, my God, he’s a serial killer, but he’s so hot. I can save him,’ which is complete BS and it’s not real. Unfortunately, [TV shows] are catering to that audience, so the media is doing exactly what it’s paid to do.”

Frazier noted that social media plays a role in reinforcing unhealthy relationship concepts portrayed on TV and in movies, although occasionally it attempts to offer an antidote, as when Penn Badgley, the actor who portrays Joe on “You,” spoke up about his fans’ adulation.

“A lot of this played out on Twitter, even prompting Penn to get on Twitter himself and take viewers to task and say, ‘No, don’t romanticize this. You should not want Joe to be your boyfriend. No, absolutely not. He’s a murder. He’s bad,’” Frazier said.

Driscoll noted that the money motive often outweighed any concerns for social good. “If media is going to air shows like ‘You’ that depict toxic or unhealthy behavior, they need to do a better job at clarifying that this is something you shouldn’t want,” she said.

Such shows often focus on the feelings and actions of the perpetrator rather than the victim, Davis said. “We don’t see any of the turmoil, or the doubt, or the fear, or the guilt, or the shame, or any of these

things that are going on inside of the head of the person who has been harmed, so that makes it really easy for us to forget that there is someone being impacted by these things,” she said.

That misplaced focus often sends the wrong message to viewers, Driscoll said. “If media is going to depict shows like ‘You,’ that highlight toxic or unhealthy behavior, they need to do a better job at clarifying that this is something you shouldn’t want,” she said.

Another of the many questionable programming aspects the panel spoke about was a lack of true diversity and the prevalent trend that only white characters are portrayed as victims. The result is a sort of cultural tokenism, according to Davis. “In ‘You,’ there are, I think, two Latino women, one in each season, and they just serve as plot devices to motivate Joe or for Joe to kind of express his savior complex or his ‘I’m a good guy representation of himself,’” she said.

LGBTQ characters and Black actors, even acclaimed ones such as Laverne Cox, who is transgender and Black, also often play only bit roles, she said. “In ‘Promising Young Woman,’ Laverne Cox is there and she’s an incredible actress, but she doesn’t do a ton. And it’s these characters who are side characters used by the white characters to fulfill something or keep the plot moving forward.”

Frazier said, toward the end of the hour-long discussion, that she was appreciative of all the varied comments from the panel, and those entered in the chat by the audience. “These are problems, but I think a lot of people have noticed,” she said. “And I’m so glad that we’re sharing all these, particularly the intersectionality of representation when it comes to who’s romantic and who’s sexy and, on the other side, who’s allowed to be a victim. 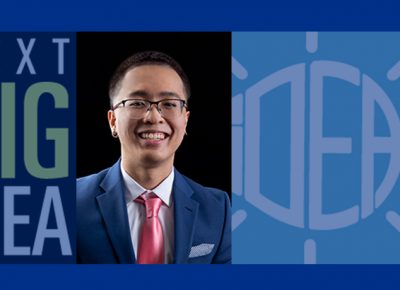