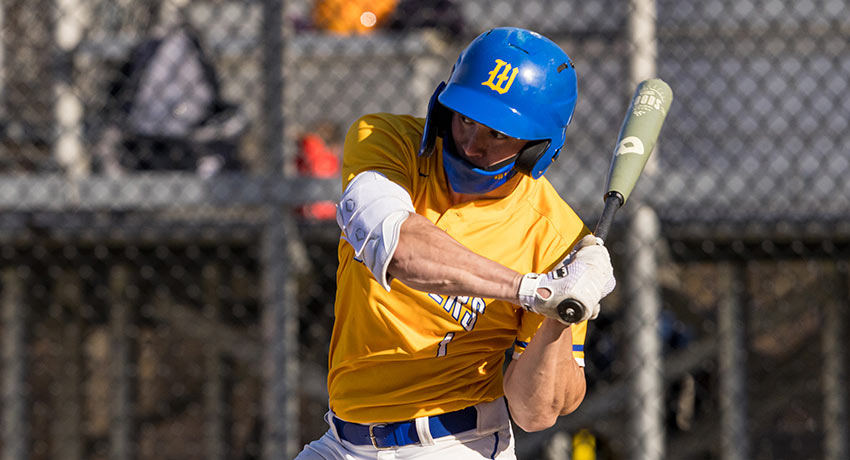 Pat Galvin (Shrewsbury, Mass.), a senior on the Worcester State University baseball team, has been selected to the Academic All-District Team, as selected by the College Sports Information Directors of America.

Galvin, a business administration major, graduated from Worcester State in May with a 3.876 cumulative grade point average. He was a three-time MASCAC All-Academic Team selection, and was named to the league’s First Team All-Conference this past season. He ranked second on the Lancers in 2021 with a .350 batting average, with 14 runs scored and nine runs batted in. He also recorded nine doubles on the season, ranking second in the MASCAC, with one home run and three stolen bases. Galvin reached base safely in 18 of his 23 games played with a trio of three-hit games on the year.

Off the field, Galvin was an inductee into Chi Alpha Sigma, the national student-athlete honor society. He made the Dean’s List every semester he was at Worcester State, and represented the baseball team on the Student-Athlete Advisory Committee. In the community, he volunteered his time with the Little League Challenger Division, Little League’s adaptive baseball program for individuals with physical and intellectual challenges.

For his hard work both on and off the field, Galvin was named a recipient of Worcester State’s Margaret “Peg” Nugent Scholar-Athlete Award in the spring.

Galvin’s selection to the Academic All-District Team marks the second consecutive season a Lancer baseball player has received the honor. Kenan Kolanda was also named to the squad as a senior in 2020.