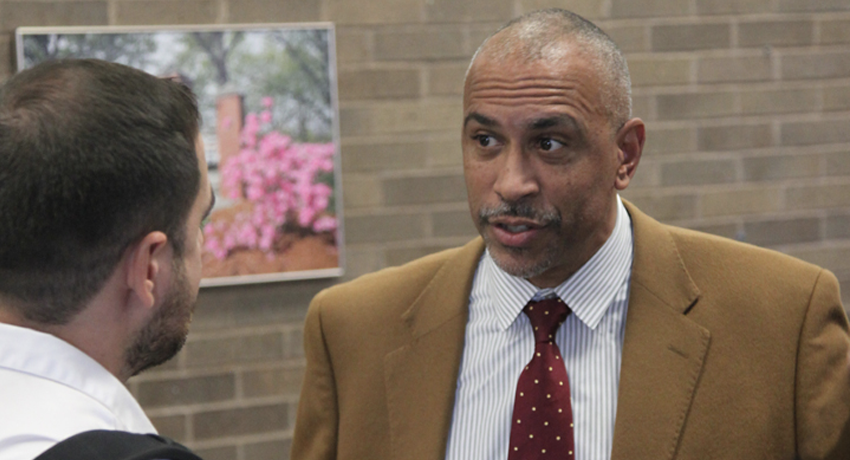 Combine strict use of standardized tests, rote learning methods, and poorly funded schools, and we end up with bored kids who are more likely to drop out of high school or to be unprepared for college, education expert Pedro Noguera, Ph.D., told an audience of more than 200 during a lecture commemorating Latino Heritage Month at Worcester State University on Tuesday, October 23.

“Instead of using assessment to tell us what children really need to learn, we use it as a weapon, to tell a child, you’re low or you’re high,” Noguera said. “We use it to put a letter grade on schools.”

“This is a farce. This is not a strategy for improvement,” he said.

Instead, Noguera wants to see our nation pay attention to the “fundamental needs of children,” including health care, vision care, dental care, mental-health care, proper nutrition, safety, as well as to support schools that foster children’s excitement about learning. “Addressing their health needs will insure that they will be in school more often,” he said.

While standardized testing also happens in affluent public schools, the consequences are less severe because of the availability of recess and electives such as music and physical education, he said.

But in poor schools like Dorchester (Mass.) High School, recess and electives have been replaced by more core-subject classes, such as double periods of math. “That sounds serious until you step inside those classrooms,” he said. That’s where students can be found doing unproductive things like putting on makeup as they are taught by teachers unqualified to teach math, let alone able to get their students excited about learning math.

It’s time to re-imagine, re-think and re-visit the purpose of school in order for the United States to maintain it’s leadership in the world, according to Noguera. Some schools have already made the transition, and have seen student test scores rise. Noguera highlighted several in his presentation: Brocton (Mass.) High School, PS28 in Brooklyn, N.Y., Hollenbeck Middle School in Los Angeles, Bronx Academy of Business and Technology, and New York City schools run by the Children’s Aid Society.

“It takes a leap of faith to change from standardized tests to this,” Noguera said. “There has to be real reinforcement with the parents, the students. Getting everybody there takes time.”

Such changes would benefit Latino students, he said. “They have the highest dropout rates, and they are disproportionately in low-wage jobs. And that can only be changed through better education.”

Noguera is a professor at the Steinhardt School of Education at New York University, executive director of the Metropolitan Center for Urban Education and co-director of the Institute for the Study of Globalization and Education in Metropolitan Settings. He is also an award-winning educator, activist and author of numerous books on education reform, diversity, and the achievement gap, including “Unfinished Business: Closing the Racial Achievement Gap in Our Schools and City Schools” and “The American Dream: Reclaiming The Promise of Public Education.”

Vice President of Academic Affairs and Provost Charles Cullum, Ph.D., welcomed Noguera. “We think that it is most appropriate for Worcester State to host this discussion of the needs of urban education,” he said. “Historically, we have been, since 1874, an institution dedicated to teacher education.”

Worcester State is involved in several major education-related “change” initiatives: Liberal Education and America’s Promise, a national advocacy and research campaign for the creation of liberal education for the 21st century for all students; the Partnership for Assessment of Readiness for College and Careers, a consortium of 23 states and the U.S. Virgin Islands that is developing a common set of K-12 assessments in English and math that focus on preparing children for college and careers; and the Massachusetts Department of Higher Education’s Vision Project, which has among its objectives increasing college participation and closing achievement gaps among students, Cullum noted. 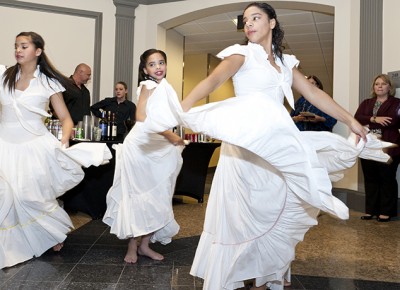 Folkloric, Flamenco and Salsa dances were among the ways Worcester State University celebrated the 10th anniversary of the Latino Education Institute (LEI) on Thursday, October 11 in the Helen G. . . .