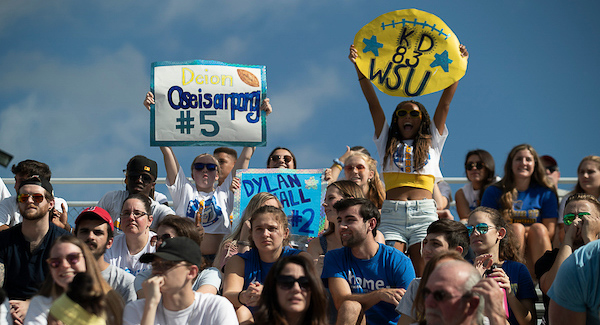 Worcester State Homecoming, Sept. 17 and 18, brought hundreds of alumni, friends, family, and students to campus on a spectacular weekend of fun and celebration.

Later in the afternoon, the stands at Coughlin Field and the alumni football concierge tent were standing room only during the epic battle between WSU and Fitchburg State University.  While the game started slowly, the Lancers dominated the second half, overcoming a halftime deficit to defeat the Fitchburg State Falcons with a final score of 38-35. The Homecoming victory marked the first career win for Head Coach Adam Peloquin, and cheers could be heard from the nearby WSU president’s residence, where President Barry M. Maloney and the Office of Multicultural Affairs hosted an early evening ALANA reunion event.

Those who were not in attendance over the weekend were still engaged in the fun as many friends, family, and alumni took part in a virtual 5K at various times throughout the weekend.  All funds raised for the 5k supported The Worcester State Fund. 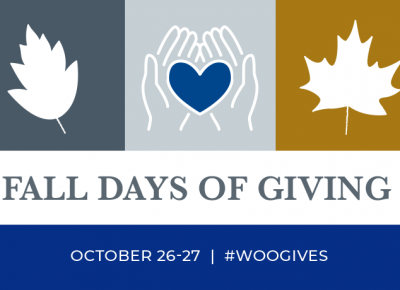 Generous Alumna Will Match $40,000 for 'Fall Days of Giving'